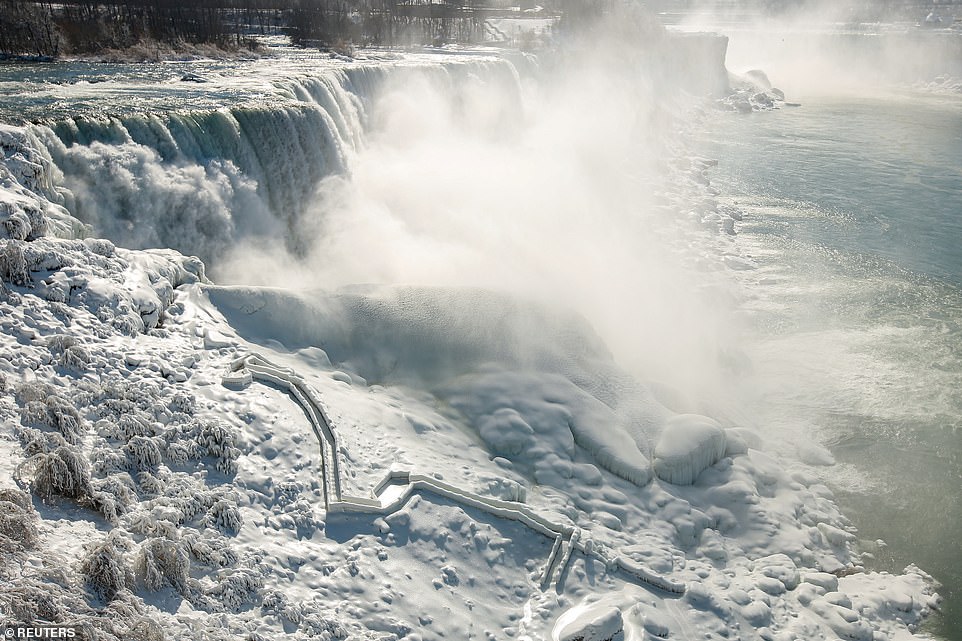 Niagara Falls has turned into a spectacular winter wonderland amid a brutal winter storm that has swept over a vast swath of the US.

Temperatures dropped to as low as -2F in Niagara, New York state, as tourists observed stunning displays of ice clinging on at the top of the waterfall.

Large chunks of ice could be seen flowing over the tremendous volume of water, with the mist forming a beautiful rainbow.

Breathtaking images show mounds of untouched snow and ice forming along the banks of the falls and river, creating a stunning wintry scene.

Steam was seen rising up from the Falls because the water temperature is warmer than the freezing air.

And though some photos show what looks like frozen solid Falls, the water actually never stops flowing.

According to Niagara Falls USA, ice forms on the river every winter. But the extent of the Falls actually freezing over depends on extreme cold weather lingering for long periods of time like the polar vortex events of 2014 and 2015, which can result in ‘frozen falls’ photos.