A fuel tanker exploded Saturday at the Islam Qala crossing in Afghanistan’s western Herat province on the Iranian border, injuring at least seven people and causing a massive fire that consumed more than 500 trucks carrying natural gas and fuel, according to Afghan officials and Iranian state media.

It wasn’t immediately clear what caused the blast. Wahid Qatali, Herat’s provincial governor, said Afghan first responders did not have the means to put out the huge fire and had requested support from Iran in the form of firefighting aircraft.

“For the time being, we can’t even talk about the casualties,” Qatali told The Associated Press.

The intensity of the flames meant ambulances were having trouble reaching the wounded or getting close to the site of the blast, said Mohammad Rafiq Shirzy, spokesman for the regional hospital in Herat’s capital city, also named Herat.

Seven people injured by the fire had been admitted to the hospital so far, he said.

Two explosions at the border crossing were powerful enough to be spotted from space by NASA satellites. One blast erupted around 1:10 p.m. Afghan time (0840 GMT), the next around a half hour later at 1:42 p.m. local (0912 GMT).

The fire continued to burn after nightfall and forced Afghanistan to shut down its electrical supply from Iran, leaving Herat in the dark, said Wahidullah Tawhidi, spokesman for the Ministry of Power Supply.

The road between the city of Herat and Islam Qala is a dangerous stretch of highway that Afghans rarely travel at night for fear of attacks by criminal gangs. Taliban insurgents also travel freely in the area. Afghan security services had set up checkpoints and were assisting ambulances and emergency vehicles traveling to and from the border crossing.

Iran’s state-run IRNA news agency reported that following the request from Herat’s governor, Iranian “rescue forces and firefighters are underway to extinguish the fire inside Afghanistan,” according to Mohsen Nejat, director-general of crisis management in Iran’s Khorasan Razavi province.

The fire spread to the Dogharoon customs facilities on the Iranian side of the border and first responders — including the fire department, the Iranian army and border forces — were assisting in extinguishing the blaze, according to Iranian state television. The Afghan side of the border crossing has its own fire department, but officials in Herat said they weren’t in control of the fire even in the first few minutes.

The Islam Qala border crossing is around 120 kilometers (75 miles) west of the city of Herat, and is a major transit route between Afghanistan and Iran.

The United States allows Afghanistan to import fuel and oil from Iran as part of a special concession that exempts Kabul from U.S. sanctions against Iran. Satellite photos taken Saturday before the explosion showed dozens of tankers parked at the border crossing. 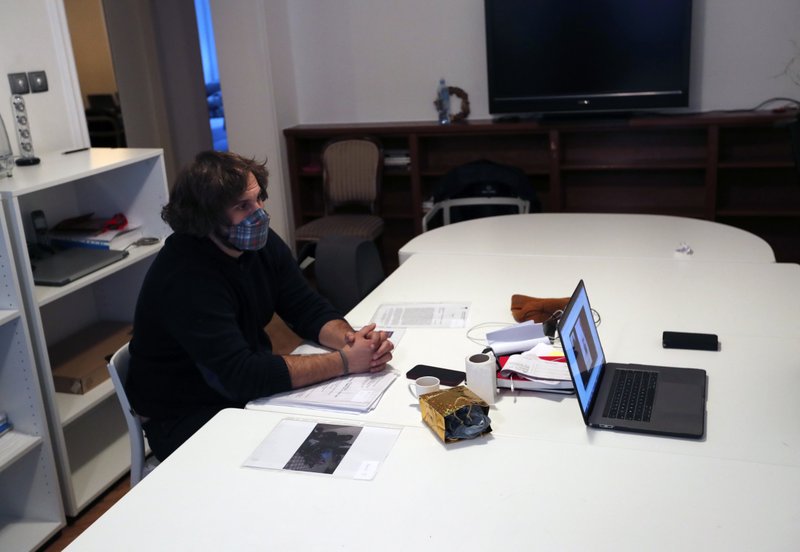 ‘The terrorists think they beat us’: Sen. Lindsey Graham says every extremist camp is ‘on steroids’ and Biden is ‘paving way for new 9//11’...