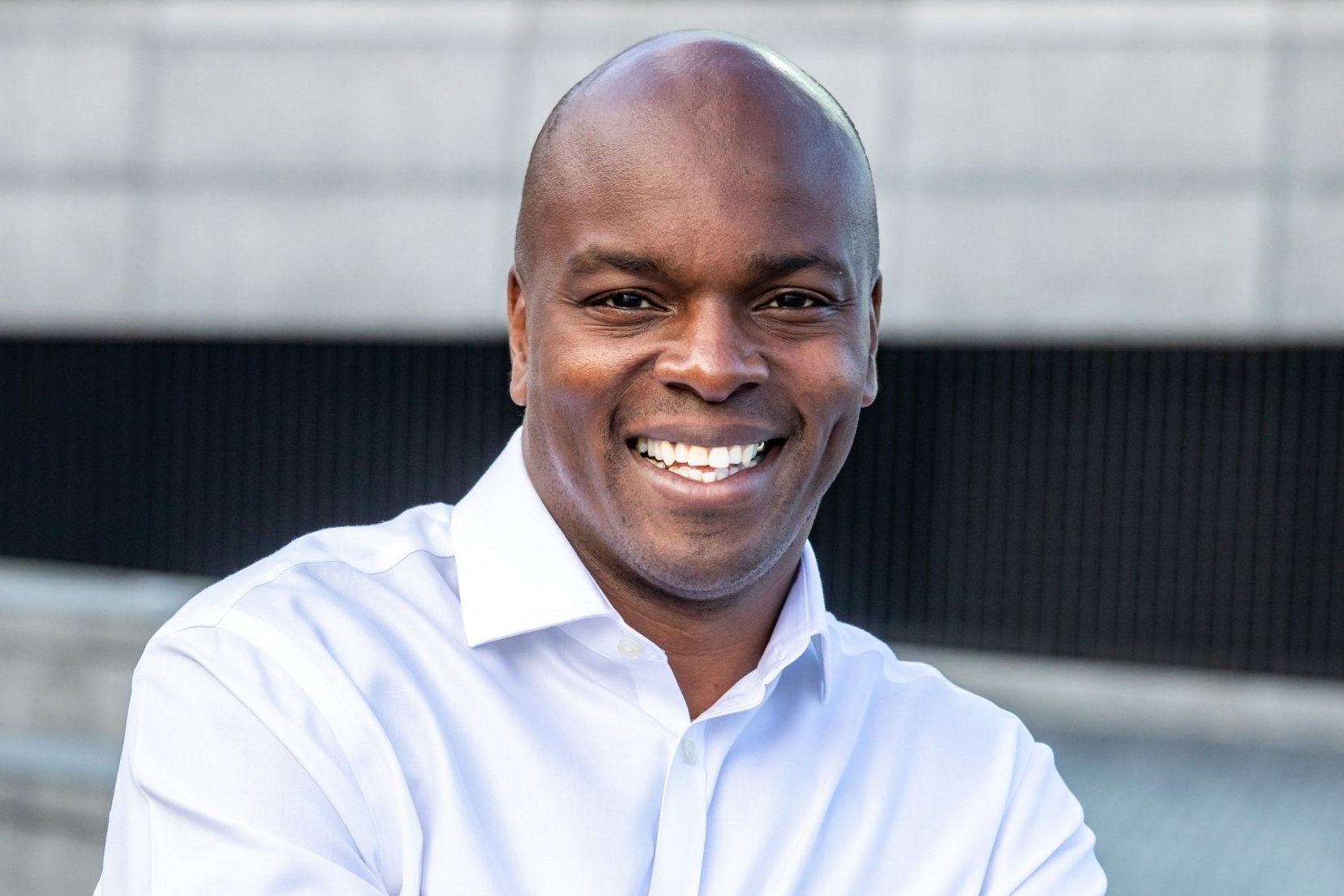 London Mayor hopeful Shaun Bailey launched a stinging attack on his main opponent Sadiq Khan, accusing him of using the Black Lives Matter movement to divide communities across the country.

Mr Bailey alleged that recent figures showing startlingly low levels of recruitment of black officers in the Metropolitan Police was the result of the current London mayor’s using last year’s Black Lives Matter protests to ‘drive a wedge between us.’

And the Conservative candidate slammed Mr Khan’s diversity commission, to review landmarks in the capital following the protests as ‘divisive.’

Mr Bailey told MailOnline: ‘Instead of using some of the issues raised by the Black Lives Matter protests to bring people together, he’s used it for his own political ends and to divide us.

‘The Mayor has driven wedges between communities. He portrays the police as an ‘enemy,’ as the ‘other.’

‘With his diversity commission, he’s trying to re-write British history, but he does not have the expertise or the authority to do this.’

Figures published recently showed that only 3.3% of officers recruited by the Met are black with Mr Bailey insisting that he was ‘not surprised by this.’

He added: ‘I can understand why young black men don’t want to join the police because all they hear from Mr Khan and others like him is that they are the ‘other’ and the ‘enemy.’

‘They use issues like stop and search to batter the police. But it’s an obligation on us all to join the institutions of British society so we can improve them.’

Last year, Mr Khan published a plan to improve trust and confidence in the Met and to address community concerns around officers’ disproportionate use of force. Part of it was an ambition for BAME officers to make up 40 per cent of all Met officers recruited from next year.

Mr Bailey said that if he wins the May 6 election, he will introduce a minimum target of between 13% to 16% of BAME officers in the Met, describing the 40% figure as ‘unrealistic.’

He added: ‘The 40% target mentioned by Mr Khan is an absolute lie; it’s governance by press release because we are nowhere near it.

‘My plan is to set a realistic, minimum target and then work towards stretching that. And if a base target of between 13% to 16% was not met, I would work closely with the police to find out why and then support them to give them what they need.’

Referring to Mr Khan’s diversity commission to review the capital’s statues celebrating figures with colonial links, Mr Bailey reiterated his promise to scrap it on the first day if he becomes mayor.

Formally known as the Commission for Diversity in the Public Realm, it is made up of a panel of experts working to decide which road names and statues should be removed and what they should be replaced with.

Mr Bailey said: ‘I promise you it will go. It’s all about the politics of division and does nothing to bring people together or unite communities.