(The Conversation) — The Black Church is an institution that was forged in crises. Through slavery, Reconstruction, Jim Crow segregation and the civil rights era, the network of places of worship serving traditionally Black congregations has seen its fair share of traumatic events.

In 2016, the Rev. Robert Franklin, former president of Morehouse College, acknowledged as much in a speech on urban ministries: “Disruption is the question, but the radical love ethic of Jesus is the response.”

And that was before 2020 delivered the COVID-19 pandemic, the related economic crisis and the global movement for Black Lives – forcing Black churches to find new ways to worship and serve their communities.

As a scholar who looks at how the Black Church engages with the community, I believe looking at how the institution has endured past crises can provide a blueprint for how communities can deal with today’s trying times.

In particular, the story of how three Black churches in Philadelphia endured events similar to those afflicting society today can give both solace and hope.

A pillar of Philadelphia

Black churches have long been an important pillar in Philadelphia’s African American community. As far back as 1896, civil rights leader and sociologist W.E.B. Du Bois was recording the impact that they had in the city. Du Bois’ research found that Philadelpia’s 55 Black congregations had amassed a total annual income of at least US$94,968 and property valued at approximately $908,729 – almost $29 million in today’s dollars.

About 100 years later, the University of Pennsylvania’s Congregation Census study found that approximately 2.4% of the Black congregations in the city had established commercial ventures including thrift stores, grocery stores and restaurants.

This tradition of Philadelphia’s Black churches providing a role beyond the faith needs of congregants meant they were well placed to help out in times of crisis, be it health, social or economic.

On the front lines of a health crisis

Philadelphia’s Mother Bethel African Methodist Episcopal Church is the mother church of the oldest Black denomination in the United States. It was established in 1794 by the Rev. Richard Allen, a former slave, four years after he purchased his freedom for $2,000. 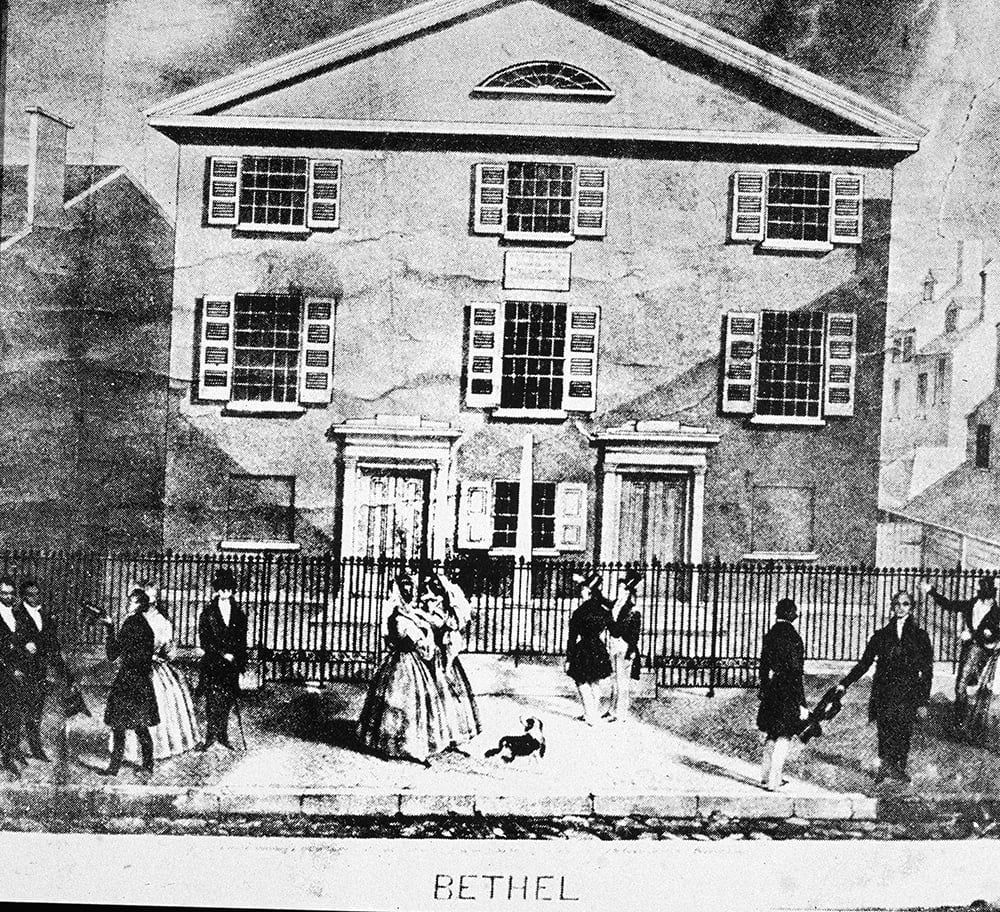 Allen, an entrepreneur, also co-founded the Free African Society, a mutual aid organization, with clergyman Absalom Jones in 1787. The Free African Society, in which the seeds of the church were sown, emphasized self-determination for free Black people by providing economic, cultural, social and spiritual guidance, as well as medical care.

During the yellow fever outbreak of 1793, Allen and Jones responded to the request of Benjamin Rush, a well-known physician and lesser-known founding father, to help the sick.

As the plague took more lives, about 20,000 people fled the city. People abandoned sick family members, and hospitals were unprepared to meet the need. Within four months, about 5,000 people died, approximately 10% of the population.

Allen asked Black residents in Philadelphia to set aside their resentments against white people to work as nurses, cart drivers, coffin makers and gravediggers for a decent wage. Meanwhile, churches remained open to maintain morale.

Historians have noted that Allen, Jones and other free Black people helped to restore the sense of human dignity to the city while urging white citizens to expand their notion of brotherly love to include black people.

In common with many people across Philadelphia and across the U.S., congregants of Tindley Temple United Methodist Church suffered as a result of the economic depression of the 1930s.

The church, led by the Rev. Charles Albert Tindley from 1902 to 1933, served a Black community in South Philadelphia at a time when many were locked out of occupations through a “last hired, first fired” policy that discriminated against them.

Tindley, the son of an enslaved person who advanced from brick carrier and church janitor to pastor of one of the first Black-built churches on Broad Street, used his entrepreneurial skills to help the congregation.

Under Tindley’s leadership, the church used its relationships and resources to both train and place African Americans in new positions. Tindley advised church members to use their skills to start businesses such as restaurants and barber shops and to save their money to purchase homes. To implement these strategies, the church established a building and loans association and offered evening classes to offer job training to church members and new migrants from the South.

Tindley also associated with other entrepreneurs, like merchant and political leader John Wanamaker, and leveraged such connections to create employment opportunities for parishioners.

The Rev. Leon Sullivan, who served as the church’s pastor from 1950 to 1988, provided moral guidance and promoted an institutional and collective approach to economic success. It came at a time when Black people faced discriminatory hiring practices, police brutality and were shut out of the new suburban housing boom and opportunities to build wealth.

He is best known for urging American corporations to divest from South Africa during apartheid, and his “Global Sullivan Principles” set guidelines for multinational corporations to do so. In 1962, Sullivan led his congregation to establish a “community investment cooperation model” known as the “10-36 Plan.”

By 1968, the 10-36 Plan had over 3,300 members and $400,000 worth of assets secured to build Progress Plaza, which is one of the nation’s first shopping centers owned, operated and primarily funded by Black Americans.

Lessons of the past

Harvard scholar Henry Louis Gates Jr. – who narrates a currently airing PBS documentary series on the Black church – has noted how the institution became a laboratory for the creation of a new culture for the benefit of Black Americans.

For this reason, it has always served as a pillar that has helped families and communities disproportionately affected by health, economic and racial crises – both in the early days of the Black church through to today’s uncertain times.

George W. Truett Theological Seminary at Baylor University is a member of the Association of Theological Schools.

(Stephanie Clintonia Boddie is an assistant professor of church and community ministries at George W. Truett Theological Seminary at Baylor University. This article is republished from The Conversation under a Creative Commons license.)