Cosculluela, 25, who appeared on “Dance Moms” in 2013, was arrested in Orange County, Florida in January on seven felony charges, including multiple counts of sexual activity with a 16 or 17-year-old child, solicitation of a minor and lewd and lascivious conduct, according to Orange County Clerk of Courts records.

The dancer pled not guilty to all charges during a court hearing Friday, records show.

USA TODAY reached out to Cosculluela’s lawyer for comment.

According to an arrest warrant, two minors who took private dance lessons from Cosculluela at Peaches Dance and Music Orlando accused their instructor of sexual misconduct in December.

One student said Cosculluela, who she viewed as “famous,” “important,” and “influential,” forced her to perform oral sex on him after manipulating her to go his apartment in-between dance classes. She said that although it happened twice, “Kevin told her, ‘None of this happened, erase this from your memory and don’t tell anyone,’ ” the warrant states.

The victim said Cosculluela was “scary” and verbally abusive if she denied his sexual advances. “Kevin would threaten to take away lessons, ignore her during lessons, yell at her, swear at her and not speak to her for days if she didn’t do what he wanted,” according to the warrant. 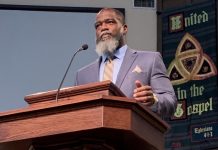