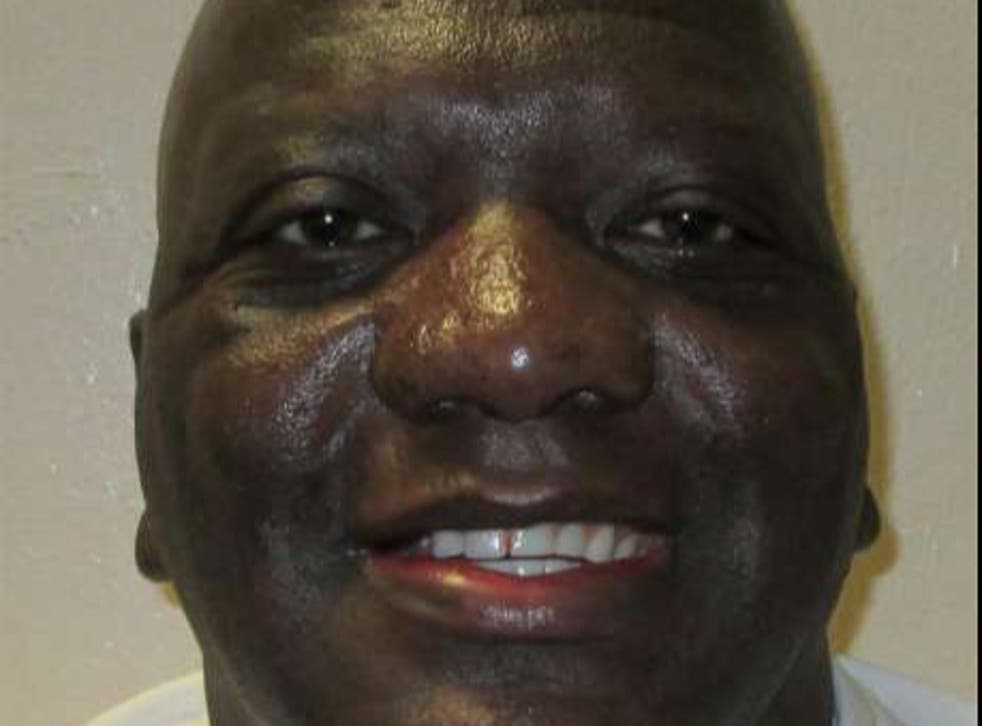 An appellate court has stayed the lethal injection of an Alabama inmate to consider claims that the state failed to give the man, who has an IQ below 75, required assistance with forms impacting the timing of his execution.

The 11th U.S. Court of Appeals issued the stay Wednesday night about 21 hours before Willie B. Smith was scheduled to be put to death by lethal injection. The court stayed the execution to give a week to consider his claims.

Smith III, 51, was scheduled to be put to death Thursday night at a south Alabama prison for the 1991 shotgun slaying of Sharma Ruth Johnson, the sister of a Birmingham police detective.

Prosecutors said Smith abducted Johnson at gunpoint in October 1991 as she waited to use an ATM in Birmingham, forced her into the trunk of a car and withdrew $80 using her bank card. Prosecutors said he then took her to a cemetery where he shot her in the back of the head and later returned to set the car on fire.

After Alabama authorized nitrogen hypoxia as an execution method, the state gave death row inmates a brief window to select that as their execution method. Attorneys argued that the state did little to communicate that to inmates and that the prison system was required under the Americans with Disabilities Act to provide accommodation to intellectually disabled inmates when they handed out a form.

The Alabama attorney general’s office is disputing that Smith is disabled and called the argument an attempt to delay the execution.

In a separate ruling, the appellate court on Wednesday also reversed a district judge and said the state can’t execute Smith unless he has his personal pastor in the chamber.

Alabama previously placed a prison chaplain in the chamber who would pray with the inmate if requested. The state stopped that practice after Muslim inmates asked to have an imam present. The prison system said it would not allow non-prison staff in the chamber and ended the practice of having the prison chaplain present, which undercut claims of unequal treatment between inmates of different faiths.

Alabama is appealing both rulings to try to allow the execution to go forward.