An upcoming faith-inspired film, titled “Chicago: America’s Hidden War,” follows a pastor who risks his life to take a stand against violence in the deadliest state in the United States and now the documentary is being considered for an Academy Award.

“We’re thrilled to announce that our movie “Chicago: America’s Hidden War” is being considered for an Oscar nomination in the Best Documentary Feature category,” the film’s director and the lead pastor, Dimas Salaberrios, wrote on social media.

Salaberrios traveled to Chicago to fast and pray for the violence in Chicago to come to an end. His entire experience was documented along with real-life testimonies of victims, those at great risk such as children, and the staggering statistics of the war on the streets.

“Our mission is to turn apathy into empathy through education and exposure, so Americans will not see this is as Chicago’s war, but as ‘Our War,’” he wrote.

“Chicago: America’s Hidden War” was listed among 1,000 other films being considered for an Oscar nomination and made the top 60 list. 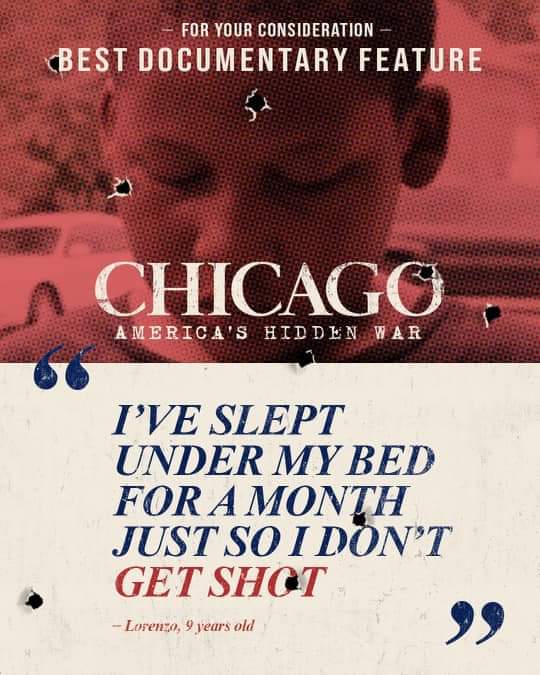