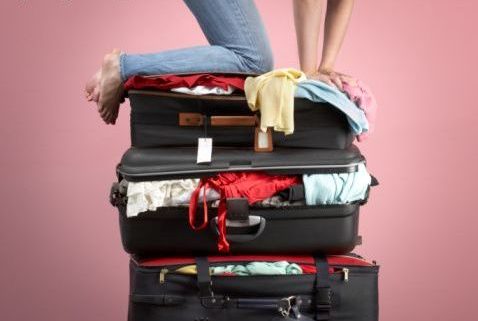 “Are you tired? Worn out? Burned out on religion? Come to me. Get away with me and you’ll recover your life. I’ll show you how to take a real rest. Walk with me and work with me—watch how I do it. Learn the unforced rhythms of grace. I won’t lay anything heavy or ill-fitting on you. Keep company with me and you’ll learn to live freely and lightly”—Matthew 11:28-30 (MSG).

Packing. Moving. Unpacking. I questioned, once again, “Why did I have so much stuff?” It’s not the first time I’ve moved in almost 20 years. It’s the sixth time. I know others who have moved more times than I have, and I don’t envy them. I’m still trying to recover from my latest move.

I’ll confess. If I’d had my way, I’d still be in the first place I moved to four years before retiring from my 30-year teaching career in 2001. My post-teaching career plans included freelance writing for area newspapers and continuing my 20-year photography business that exploded when I went digital.

But Jesus had a greater plan for me. That’s the reason behind my many moves. Although it took Him nine months to convince me to move the first time, I’ve learned to say, “I want Your will, not mine.”

His Will, Not Ours

Each time I’ve moved, it’s been in obedience to His calling on my life. I don’t take it lightly. For someone like me, who was used to being in charge, and thought she was in control of her life, it meant surrendering. Even though I still struggle sometimes, I’ve learned His way is the only way to “live freely and lightly.”

Surrendering to His will isn’t easy for any of us. We carry heavy burdens. And it’s not just the material stuff we accumulate. It’s the baggage we carry inside of us, the heavy stuff in life—the emotions, past issues we cling to because we don’t know what to do with them. So, we stuff them down deep inside.

We wrap those past issues, like a treasured keepsake and pack them in a tidy box. Then, something happens, and we unwrap and recover them from the depths of our souls. But Jesus doesn’t want us to live tired and worn out, burdened by our hurts, our mistakes, and anything else weighing us down.