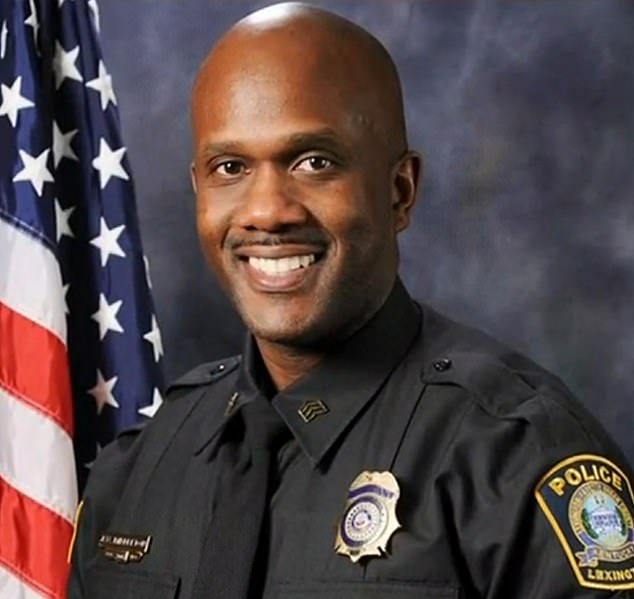 A Kentucky cop has been fired for allegedly leaking police information to a Black Lives Matter protester after he claims his department ignored his concerns about internal racism.

Jervis Middleton, a black officer with the Lexington Police Department, was accused of contacting activist Sarah Williams in May of last year and giving her details about tactics police intended to use in response to protests over the death of George Floyd.

The Lexington-Fayette Urban County Council unanimously voted to fire Middleton on Friday after determining that his actions put fellow officers in jeopardy.

But Middleton’s attorney, Keith Sparks, argued that the information he provided to Williams was covered by free speech and that he didn’t put anyone at risk, saying: ‘The only harm is imagined harm.’

Sparks also claimed that Middleton had been frustrated because his complaints about racism within the LPD had gone unaddressed.