Though the majority of Gen Zers have a success-oriented mindset and hope to achieve a lot in the next 10 years, more than half say they tend to expect the worst to happen, according to a new study.

A new report from the Barna Group and the Impact 360 Institute, Gen Z, Volume 2: Caring for Young Souls and Cultivating Resilience, found that, when asked if they feel they have been successful thus far in life, three-quarters of young people ages 13–25 (77%) agree. Nearly all (91%) agree they hope to achieve a great deal over the next 10 years.

While three in four (73%) agree that their perspective on life tends to be positive, more than half say they tend to expect the worst to happen (56%). About one-third agrees with both statements. 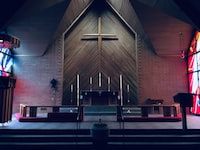