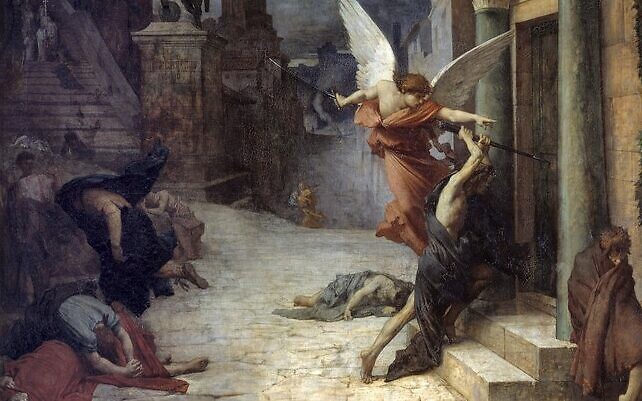 He was a child of privilege turned demagogue, a man who blurred the boundaries of politics and spectacle and seemed to think himself a divinity beyond mortal rules. His tumultuous tenure lasted longer than anyone expected. Then along came a pestilence that seemed a sordid reflection of the ruler’s arrogance and ineptitude. The disease revealed and amplified social tensions that had festered under the surface and brought back whispers of civil war. The people could stand no more, and even the fainthearted Senate at last showed hopeful signs of courage.

With the scoundrel gone, power was entrusted to a senior senator whose respect for decency had come to seem like the most reassuring virtue. The ship of state was now to be steered by a safe pair of hands.

I am talking, of course, about the Roman emperor Commodus and his successor Pertinax. Son of the emperor Marcus Aurelius, Commodus ruled as sole emperor for 12 years (A.D. 180-192), his reign marred by perpetual scandal. The emperor had disturbingly little esteem for traditional decorum. To the delight of some and dismay of many, Commodus participated in the gladiatorial spectacles himself. We can only imagine what he would have done with Twitter.

So when a vicious pestilence reappeared with tremendous ferocity — at its peak, it was said to have killed as many as 2,000 Romans a day — the tensions boiled hotter. In the words of one contemporary senator, Commodus himself was a curse worse than any plague. The unseemly emperor was finally strangled in his bath by a wrestler, Narcissus, at the urging of a group of conspirators.

Drawing parallels between ourselves and the Romans is a favorite parlor game of history buffs, though among professional historians, it can seem a bit uncouth to tap into our training to treat Rome as a mirror of our own times. But there is a serious side to these parallels, too: The way we understand the past inevitably shapes how we understand the present. What we can learn from reflecting on this chapter of ancient Rome is not so much an example to follow or neatly packaged solutions for our own crises, but a different sensibility, an awareness of what a powerful force nature has been throughout human history.

We inevitably bring our own anxieties and sensibilities to the study of the past. We also bring new tools and techniques to help us make sense of it. The result is that even the most turned-over pages still tell us things we had not expected. Today, we rightly worry that our ecologically reckless ways will have repercussions, and it sensitizes us to perceive dimensions of history that we had missed before, or passed by in too much haste.

The pestilence under Commodus was part of a pandemic known as the Antonine Plague. It first appeared during the reign of Commodus’ father, Marcus Aurelius. It was not the plague, in the sense of bubonic plague, a distinctly horrific disease that would appear in the later stages of Roman history.