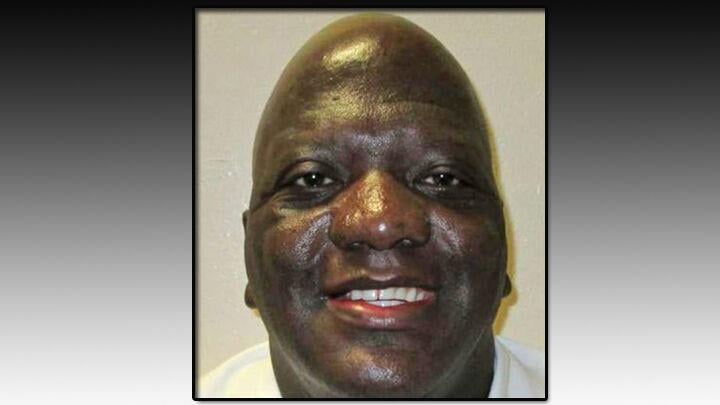 An Alabama inmate on Thursday won a reprieve from a scheduled lethal injection after the U.S. Supreme Court said the state must allow his personal pastor in the death chamber.

The lethal injection of Willie B. Smith III was called off by Alabama after justices maintained an injunction issued by the 11th U.S. Circuit Court of Appeals saying he could not be executed without his pastor present in chamber. Department of Corrections spokeswoman Samantha Rose said the execution would not proceed given the ruling. Alabama has maintained that non-prison staff should not be in the room for security reasons.

“Willie Smith is sentenced to death, and his last wish is to have his pastor with him as he dies,” Justice Elena Kagan wrote in a concurring opinion with three other justices.

“Alabama has not carried its burden of showing that the exclusion of all clergy members from the execution chamber is necessary to ensure prison security. So the State cannot now execute Smith without his pastor present, to ease what Smith calls the ‘transition between the worlds of the living and the dead.’” Kagan wrote. Justice Amy Coney Barrett joined with three liberal justices to let the ruling stand.

The case was the latest in a series of legal fights over personal spiritual advisers at executions. The court in 2019 halted the execution of a Texas inmate who claimed his religious freedom would be violated if his Buddhist spiritual adviser wasn’t allowed to be in the death chamber with him.

Justice Brett Kavanaugh suggested in a dissent that states that want to avoid litigation on the issue “should figure out a way to allow spiritual advisors into the execution room, as other states and the federal government have done.”

Alabama Attorney General Steve Marshall did not immediately comment on the decision to cancel the lethal injection. After the execution was canceled Smith was taken from a holding cell by the execution chamber back to his cell on death row, a prison spokeswoman said.

Smith, 51, had been scheduled to receive a lethal injection at a south Alabama prison for the 1991 murder of 22-year-old Sharma Ruth Johnson in Birmingham.

Smith had sought to allow his spiritual adviser, Pastor Robert Wiley, in the execution chamber, something the state does not allow.

“Mr. Smith pled that he believes that the point of transition between life and death is important, and that having his spiritual advisor physically present at that moment is integral to his faith,” Smith’s lawyers wrote in court documents.

In the past, Alabama routinely put a Christian prison chaplain, who was employed by the state, in the execution chamber to pray with an inmate if requested. The state stopped that practice after a Muslim inmate asked to have an imam present. The prison system, which did not have Muslim cleric on staff, said non-prison staff would not be allowed in the chamber.

Prosecutors said Smith abducted Johnson at gunpoint from an ATM, stole $80 from her and then took her to a cemetery where he shot her in the back of the head. The victim was the sister of a police detective.

“Over twenty-nine years ago, Smith gunned down a woman whose only crime was stopping to use the ATM,” attorneys for the state wrote in court documents seeking to let the lethal injection proceed.

Justices vacated another stay issued by the 11th Circuit related to Smith’s intellectual capacity. His lawyers argued the state failed to give the man, who has an IQ below 75, required assistance with forms affecting the timing of his execution. The Alabama attorney general’s office in court filings disputed that Smith is disabled and called it a last-minute delaying maneuver.

If the execution had gone forward, it would have been the first by a state in 2021 and one of the few at the state level since the start of the Covid-19 pandemic last year. According to the Death Penalty Information Center, no state has had an execution since last July 8.