Since Sunday night, when one of the NFL’s youngest players caused a stir by calling out one of its oldest and most accomplished, fans have fretted about “bulletin board material.” But the way Washington Football Team rookie defensive end Chase Young sees it, what he said running off the field — “Tom Brady, I’m coming! I want Tom! I want Tom!” — was a sign of respect for the Tampa Bay Buccaneers quarterback, whom he considers the greatest of all time.

“You think I’m not excited to play against the GOAT?” Young said Wednesday. “You trippin’. I’m not going to apologize for saying I want Tom. No, I want every quarterback I play against.”

Young added, “Ask any edge rusher in the league who they want to sack, and most might say Tom Brady.”

There’s something unique about the way NFL players talk about Brady. It’s not that Young and others haven’t praised other opponents this season, but there’s an admiration for the 43-year old superstar that’s absent for others. The difference is that Brady has had unprecedented success and unprecedented longevity, making him myth as much as man to players who dreamed about making the league while watching his games on TV. Players often refer to Brady by his full name — the player equivalent of calling a coach “Coach.”

Coach Ron Rivera doesn’t fault Young’s enthusiasm — even though Buccaneers Coach Bruce Arians later said of Young’s comments, “You better watch what you wish for.” In fact, Rivera identifies with the rookie because, he said, “Believe me, I’ve got a little bit of fanboy in me, too.” He said he has, in his career, been excited to meet “cool, iconic players” such as Joe Montana, Brett Favre and Ray Lewis. He believes the zeal is a good thing.

“They want to emulate those guys,” Rivera said of young players. “Who wouldn’t want to be like Tom Brady or Ben Roethlisberger? Those guys are champions.”

The age difference between the three-time MVP and the defensive players who will line up to stop him Saturday night is remarkable — as many as 22 years in the cases of Young and safety Kam Curl. Young turned 1 two days before Brady was drafted; Curl started kindergarten the year Brady won his third Super Bowl; the oldest starter on defense, 29-year-old linebacker Jon Bostic, graduated from high school the year Brady reached 10 seasons in the NFL.

But perhaps the most remarkable thing of all is that these stats become more normal every year. More than three-fourths of the players on Washington’s roster are closer in age to Brady’s eldest son, 13-year-old Jack, than they are to him.

“He’s the GOAT, so like, it’s just a crazy experience. I can’t wait to be out there going against him,” linebacker Khaleke Hudson said. The rookie pointed out he went to Michigan, like Brady, and noted the quarterback is his younger brother Carlos’s favorite player. “He’s always talking about Tom Brady this and Tom Brady that. I feel like for my brother to see me play against Tom Brady is going to be a dream come true.”

Washington backup quarterback Taylor Heinicke won’t face Brady on the field, but he intimately understands how Brady got so dangerous. In 2017, New England signed Heinicke to its practice squad and, wanting to make a good first impression, he arrived at the team facility for his first day at about 5:15 a.m. He walked into the film room and saw Brady already there. Brady was apparently unaware the team had signed him, so Heinicke said the veteran “was like, ‘Who the hell are you?’ ”

Then they watched film together. Heinicke was struck by how well Brady knew the offense and how quickly he identified coverages and protections and knew where to throw the ball. He called the experience “eye-opening.”

NFL to Fine Unvaccinated Players $14,650 if They Violate Coronavirus Protocol

Mississippi Says It is Still Waiting on Brett Favre to Repay $600,000 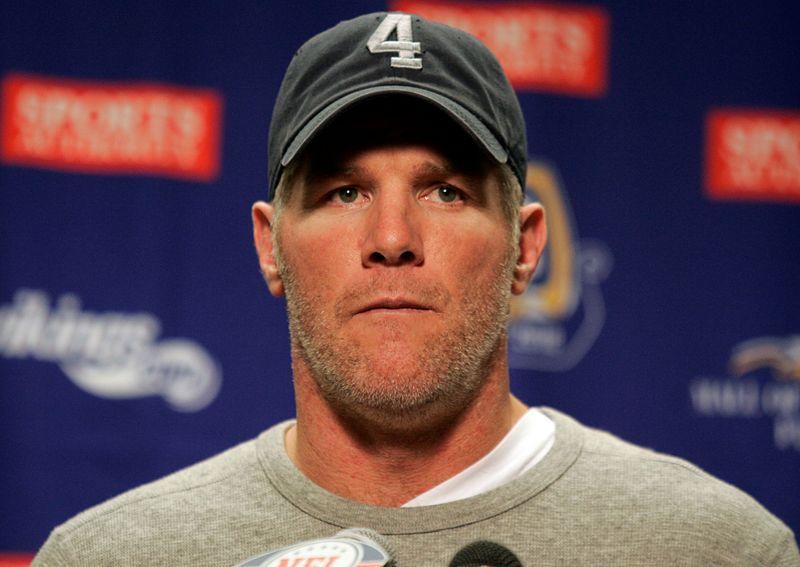 Great Grandmother, 85, with Dementia is ‘Mauled to Death by Neighbour’s Two Pit Bulls that Dragged her Around her Garden by her Neck After...