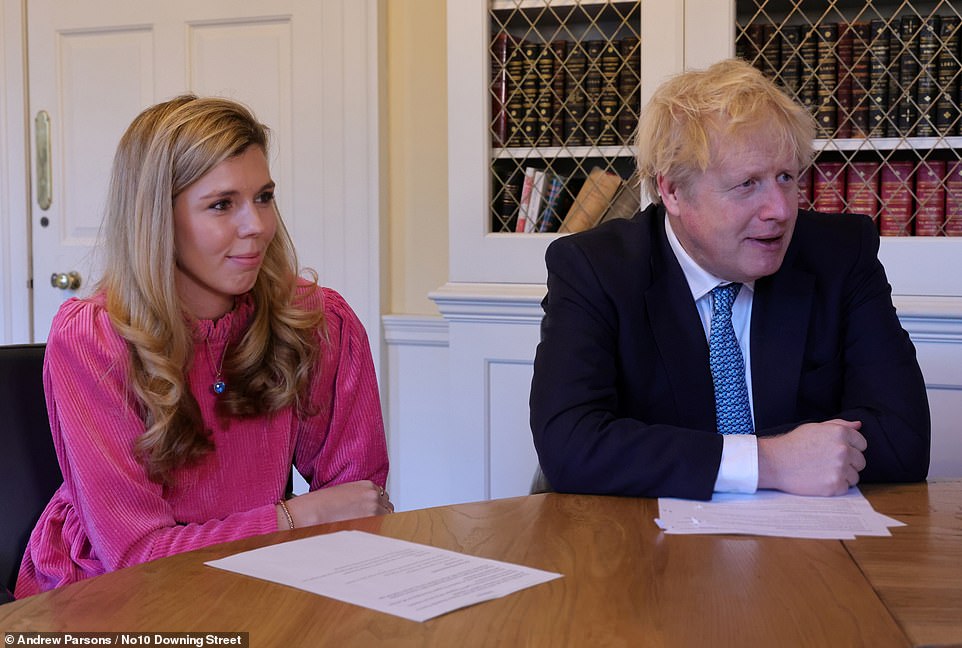 Boris Johnson has come under fire from his own party for publicly shaming China’s use of traditional medicine and blaming the ‘demented’ practice of harvesting pangolin scales for causing coronavirus.

Conservative insiders detected the Prime Minister’s fiancée Carrie Symonds’ influence in his incendiary remarks, which has sparked a furious row with Beijing.

In an environmental speech to world leaders yesterday Mr Johnson tore into people who ‘grind up the scales of a pangolin’ in a bid to become more ‘potent’ – a thinly veiled attack on Chinese remedies.

Ms Symonds has been vocal in her opposition to wet markets, where the animals are sold, gaining praise from Peta as it announced her as one of its most influential activists of 2020

Former Tory aides told MailOnline she was ‘definitely’ behind Mr Johnson’s conservation push and are growing concerned that her enthusiasm for such issues are eating up too much of the Government’s bandwidth at the expense of other policy areas.