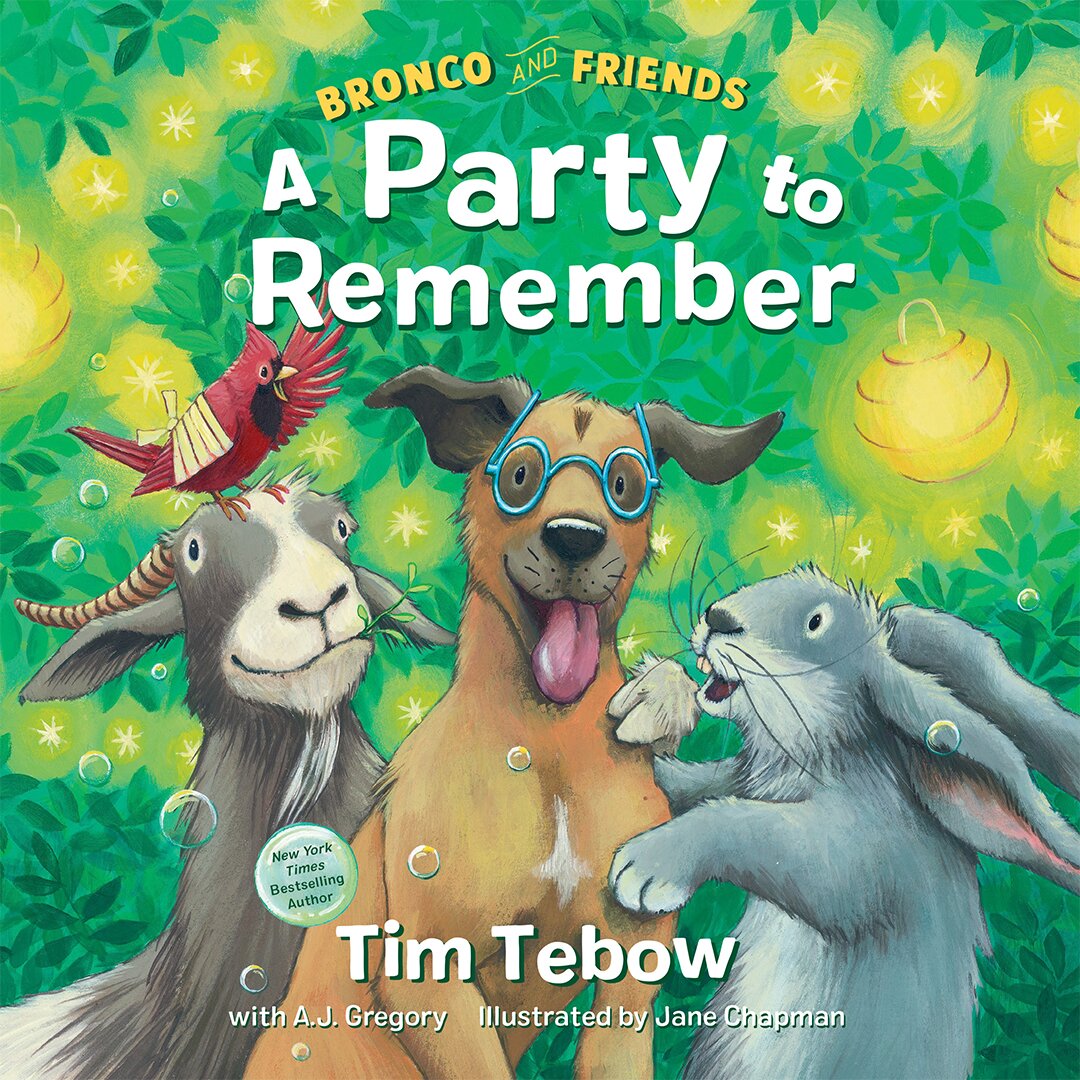 The pro athlete drew inspiration from his advocacy work with special needs children to write his first kid’s book, Bronco and Friends: A Party to Remember.

The picture book, which was published on Tuesday, features the names of children Tebow met through his foundation’s wish-granting program, W15H. The result is a charming tale about celebrating differences that will inspire young readers.

In an exclusive interview with PEOPLE, Tebow discusses the new book (which follows a sight-challenged dog named after his own late dog Bronco), the challenges he’s faced during the COVID-19 pandemic and what married life has been like since his wedding to Demi-Leigh Nel-Peters last January.

Tebow explains that it was incredibly special to name characters in the book after W15H kids, who have since passed away and are “in heaven now.” (The Tim Tebow Foundation helps children with life-threatening illnesses fulfill their dream of meeting the star athlete.)

“Even though they’re not with us, I was still able to honor them and their memory and how much they meant to me,” Tebow, 33, tells PEOPLE.

“They’ve been a big inspiration in a lot of [ways],” he says. “In their life and the way that they handled the adversity that was put in front of them, the grace that they had. So many of the W15H boys and girls that I’ve had the chance to get to know and really love over the years have had such an impact on my life. So, we got the chance to honor a few of them in here.”

In Bronco and Friends: A Party to Remember, illustrated by Jane Chapman, Bronco makes his way to a party and tries to find a puzzle piece he was asked to bring. Along the way, he meets Ethan, a bird with an injured wing, Alexis, a goat with allergy problems, and Chelsie, a bunny that keeps tripping on her extra-long ears.

“One of my favorite parts of this book is the ending, ‘You’re unique. You’re special. You are wonderful,’ ” Tebow says. “Because that’s really what I want every single boy or girl that reads this book to know: they are unique and unique is special… There’s going to be so many times in their lives where they’re told otherwise. But I believe that they were created in love, by love and for love, that God has a great plan for their life and that they are unique.”

Tebow is also excited to feature his dog Bronco that he lost in November 2019 in the book.