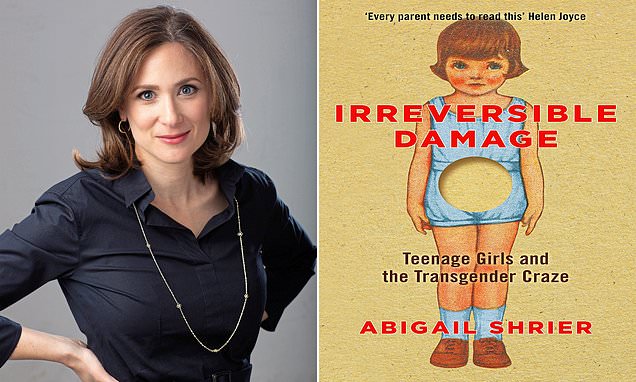 When ABIGAIL SHRIER (left), a writer for the Wall Street Journal, investigated the issue for a book (right), her first prospective publisher pulled out following protests by staff. Then, amid a furious row over free speech, an English professor at one of America’s top universities suggested the book should be burned. And when Shrier was interviewed for a podcast hosted by Spotify, staff at the streaming giant threatened to walk out. And although Amazon sells her book, it has refused to let Shrier’s publisher buy online adverts. In face of these attempts at censorship, Shrier has condemned what she calls ‘tyranny’s advance’, saying: ‘This is what censorship looks like in 21st Century America. It isn’t the government sending police to your home. It’s Silicon Valley oligopolists implementing blackouts and appeasing social-justice mobs, while sending disfavoured ideas down memory holes. And the forces of censorship are winning.’

Parler Files Antitrust Lawsuit Against Amazon for Shutting Down Its Account