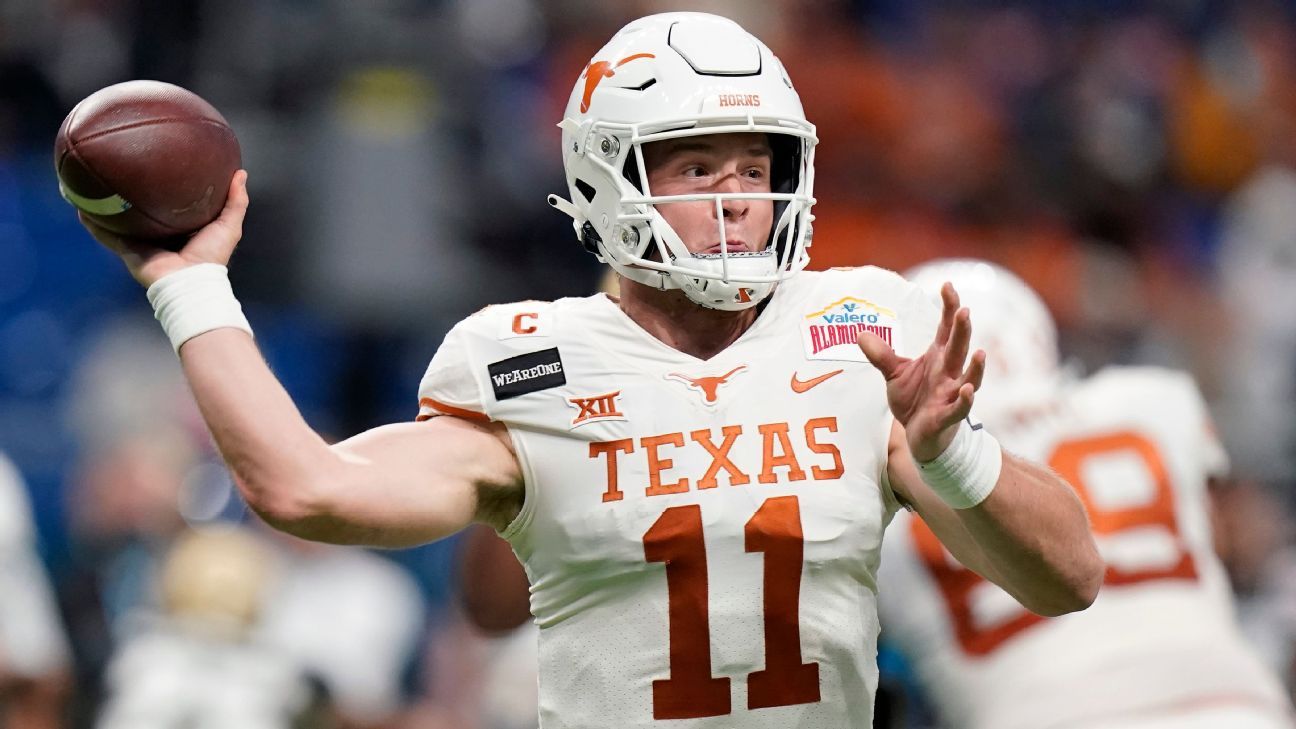 Texas senior quarterback Sam Ehlinger is bypassing his extra year of eligibility to enter the 2021 NFL draft, he announced Sunday.

Ehlinger, who was a four-year starter for the Longhorns, made the announcement with a video on Twitter.

Before Texas’ win over Colorado in the Valero Alamo Bowl, Ehlinger had said he was undecided on whether to return for a fifth season or enter the NFL draft. That was before the school’s decision to fire Tom Herman, which they did on Saturday. Texas hired Alabama offensive coordinator Steve Sarkisian as Herman’s replacement. Sarkisian said on Saturday that he hoped to speak with Ehlinger in case the quarterback was open to returning in 2021.