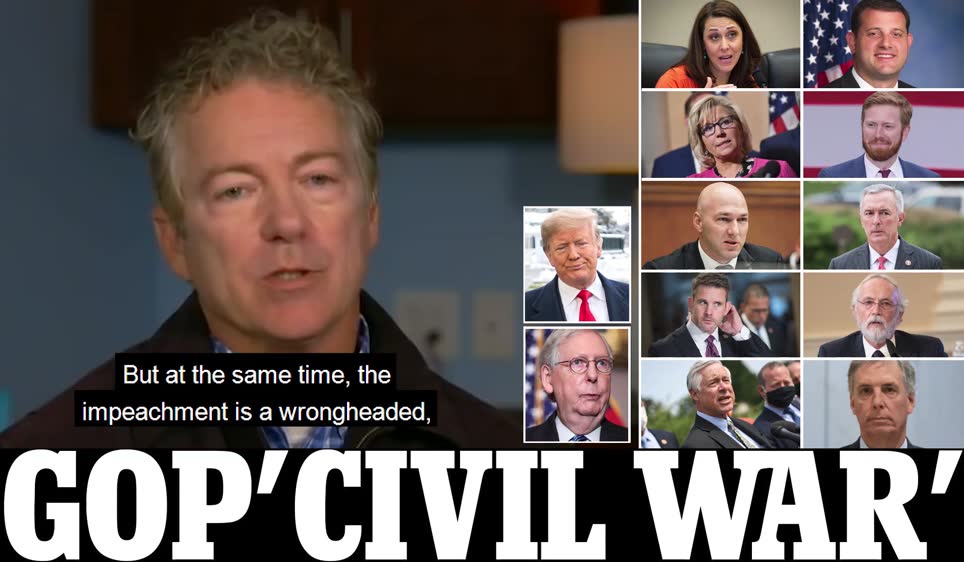 Senator Rand Paul (R-KY) (left) declared that roughly ‘a third’ of all Republicans would leave the party if GOP senators team up with Democrats to impeach President Donald Trump (top inset) as the lame duck president seeks to punish the 10 Republican representatives that voted for impeachment. Speaking with Fox News host Laura Ingraham Friday, Paul claimed that efforts to impeach Trump after he incited the mob last week were ‘purely a partisan thing.’ Senate Majority Leader Mitch McConnell (bottom inset) told his Republican colleagues President Trump’s impeachment trial will be a ‘vote of conscience’ – an absence of pressure that effectively allows them to vote guilty. McConnell has already communicated that he himself has not made up his mind on whether to convict Trump – following reports of his fury after a MAGA mob ransacked the Capitol, with one crowd of invaders stopped steps from McConnell’s leadership office. The GOP lawmakers, from top left, L-R: Rep. Jamie Herrera Beutler, R-Wash., Rep. David Valadao, R-Calif., Liz Cheney, R-Wyo., Rep. Peter Meijer, R-Mich., Rep. Anthony Gonzalez of Ohio, Rep. John Katko of New York, Rep. Adam Kinzinger of Illinois, Rep. Dan Newhouse of Washington, Rep. Fred Upton of Michigan, Rep. Tom Rice of South Carolina

You’ll hear from us again: Impeachment isn’t the final word on Capitol riot for Trump 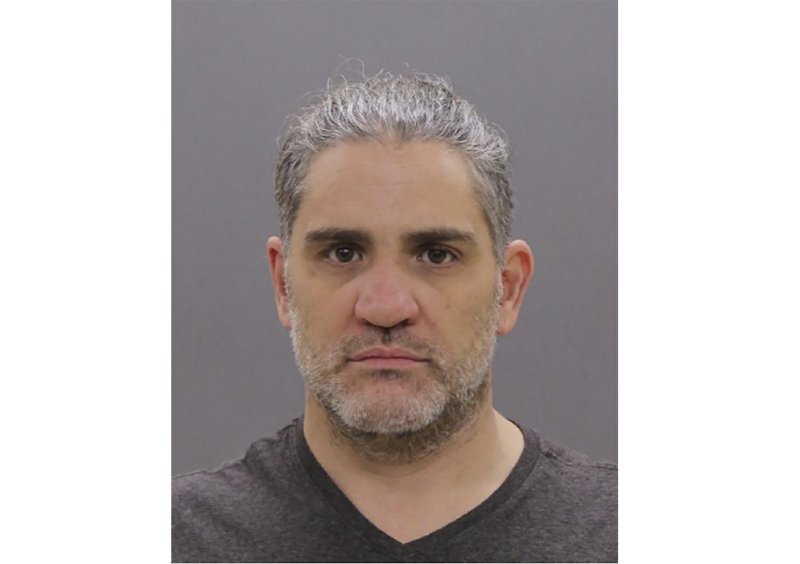