Only 151,000 people have reportedly received both doses of the COVID-19 vaccine despite the Trump administration’s Operation Warp Speed hoping to vaccinate 100 million Americans by the end of February.

It missed that target, and as of Sunday afternoon, only about 7.7 million people had received their first shot. Two doses are currently required and about 22 million doses have been delivered to states. More than 22.1 million infections have been reported in the US with at least 372,555 deaths.

And according to a New York Times survey of all 50 states, at least 151,000 people in the United States have been fully vaccinated with both doses.

The American Hospital Association has estimated that 1.8 million people need to be vaccinated daily from January 1 to May 31 to reach widespread immunity by the summer. The current pace is more than 1 million people per day below that.

President-elect Joe Biden on Friday called the rollout a ‘travesty,’ noting the lack of a national plan to get doses into arms and reiterating his commitment to administer 100 million shots in his first 100 days.

Biden has not shared details and was expected to discuss the effort this week. His office announced a plan to release most doses right away, rather than holding second doses in reserve, the more conservative approach taken by the Trump administration.

Public health officials sounded the alarm for months, complaining that they did not have enough support or money to get COVID-19 vaccines quickly into arms.

Now the slower-than-expected start to the largest vaccination effort in US history is proving them right.

As they work to ramp up the shots, state and local public health departments across the US cite a variety of obstacles, most notably a lack of leadership from the federal government.

Many officials worry that they are losing precious time at the height of the pandemic, and the delays could cost lives.

States lament a lack of clarity on how many doses they will receive and when. They say more resources should have been devoted to education campaigns to ease concerns among people leery of getting the shots.

And although the federal government recently approved $8.7billion for the vaccine effort, it will take time to reach places that could have used the money months ago to prepare to deliver shots more efficiently.

Such complaints have become a common refrain in a nation where public health officials have been left largely on their own to solve complex problems. 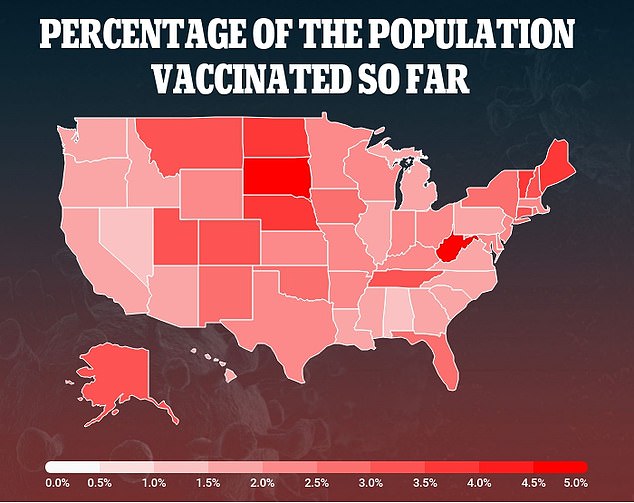 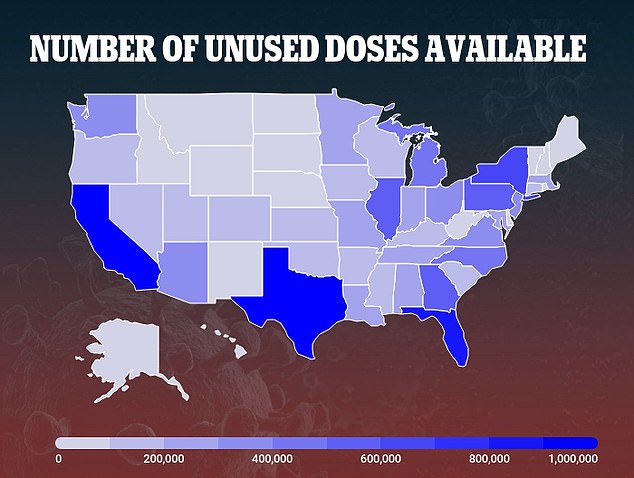 ‘The recurring theme is the lack of a national strategy and the attempt to pass the buck down the line, lower and lower, until the poor people at the receiving end have nobody else that they can send the buck to,’ said Gianfranco Pezzino, who was the public health officer in Shawnee County, Kansas, until retiring last month.

The Trump administration defined its primary role as developing coronavirus vaccines and delivering them to states, which would then take over and ensure that vaccine doses traveled ‘the last mile’ into arms.

Each state had to develop its own plan, including issuing guidelines for who gets vaccinated first.

Several health experts complained about that approach, saying it led to confusion and a patchwork response.

Several public health officials and experts say they believe some of the early glitches are smoothing out. Marcus Plescia, chief medical officer for the Association of State and Territorial Health Officials, said the slow start should not be surprising given the immense scale of the task.