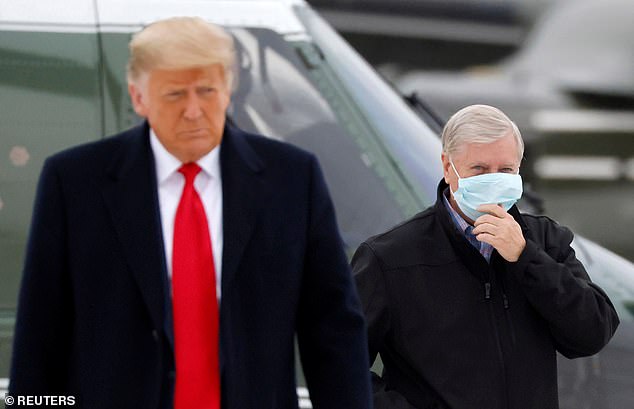 Lindsey Graham slammed Mitch McConnell and other Republican leaders in the Senate on Wednesday as the House began debate to impeach President Donald Trump a second time.

In a lengthy statement, delivered the day after Graham traveled to Texas with President Trump to visit a new section of the border wall, the senator argued: ‘The last thing the country needs is an impeachment trial of a president who is leaving office in one week.’

Graham, a staunch Trump ally, warned another impeachment trial ‘could invite further violence’ and decried Democrats for wanting to do a ‘do-over impeachment.’

‘The House impeachment process seeks to legitimize a snap impeachment totally void of due process. No hearings. No witnesses. It is a rushed process that, over time, will become a threat to future presidents. As to Senate leadership, I fear they are making the problem worse, not better,’ he said.