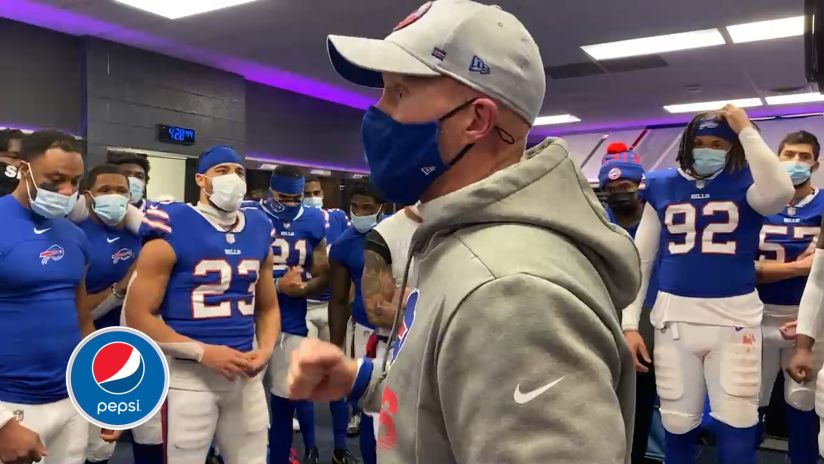 The Buffalo Bills won their first playoff game since 1995 on Saturday with an impressive 27-24 victory over the Indianapolis Colts.

The New York Times reports that quarterback Josh Allen, who was instrumental in all three of the teams touchdowns, led Buffalo to score 17 points in a row, changing a 10-7 first-half shortfall into a 24-10 fourth-quarter lead.

Allen explained that the team has come this far as a result of hard work and determination.

“I think it’s just the guys we’ve brought in and how hard everybody’s working,” Allen said. “How much we care about our team, our brothers on the team, and our families off the field. We’re not trying to let anybody down and we’re here, we have a purpose and I think coach McDermott has been doing a good job of preaching that purpose to us when we’re on the field.”

“We know how much this means to the city of Buffalo and the fans here and the alum that have played here. It’s a special place to play football but at the end of the day we’re on the field just playing for each other,” he added.

Head Coach Sean McDermott addressed the team in a video shared on Twitter.

McDermott told the team to remain “humble and hungry.”

While the team rallied together inside the locker room, phrases like “God is good” and “God is great” can be heard around the players.

The head coach, who is an outspoken Christian, has a history of exalting our Heavenly Father turning times of victory, Sports Spectrum reports.

U.S. Special Forces Veterans Launch their Own Mission to get Afghan Allies Out Amid Biden’s Chaotic Withdrawal

Grieving Haitians Bury their Dead a Week After Earthquake