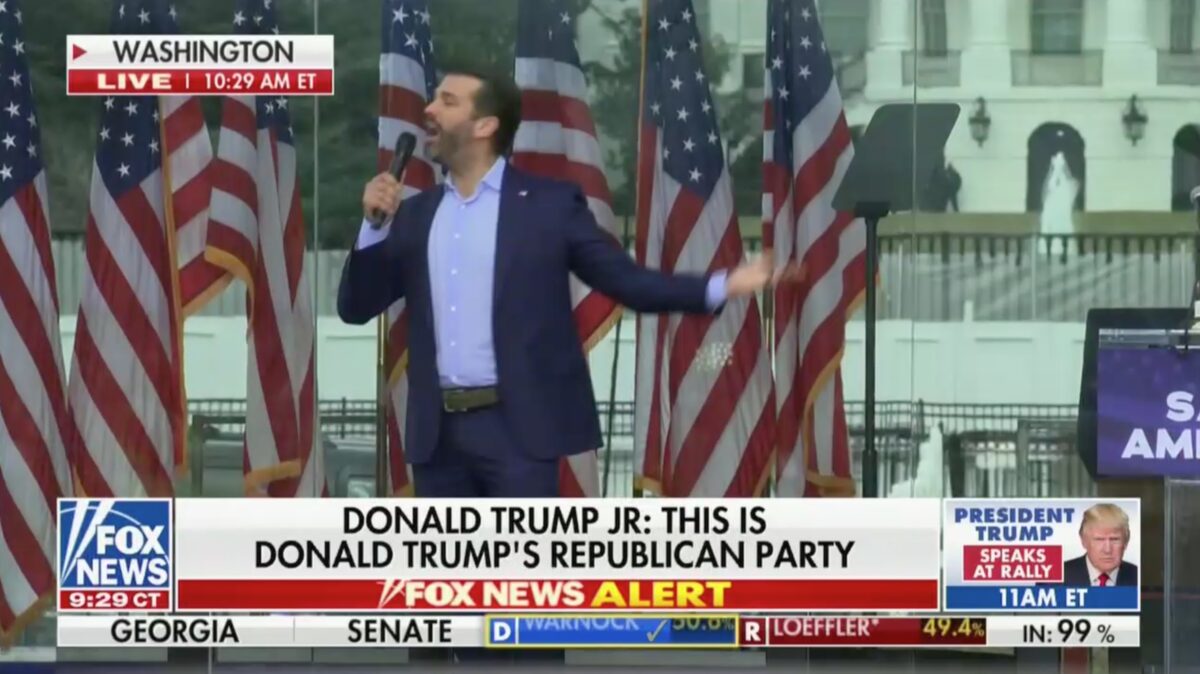 Fox News cut away from Donald Trump Jr. when his speech at a pro-Trump rally in Washington, D.C. turned profane.

The adult son of President Donald Trump spoke ahead of his father on Wednesday, during a rally held to protest the 2020 election and Congressional certification of Joe Biden’s victory.

The Trump scion used much of his furious speech to swear political vengeance on Republicans who do not back his father and allies in their attempt to overthrow the election.

“This isn’t their Republican Party anymore. This is Donald Trump’s Republican Party,” he proclaimed. “If you’re gonna be the zero and not the hero, we’re coming for you and we’re going to have a good time doing it!”

The speech went on with more angry rhetoric against Democrats before Trump Jr. exclaimed to the crowd, “Thank you for standing up to the bullsh*t!”