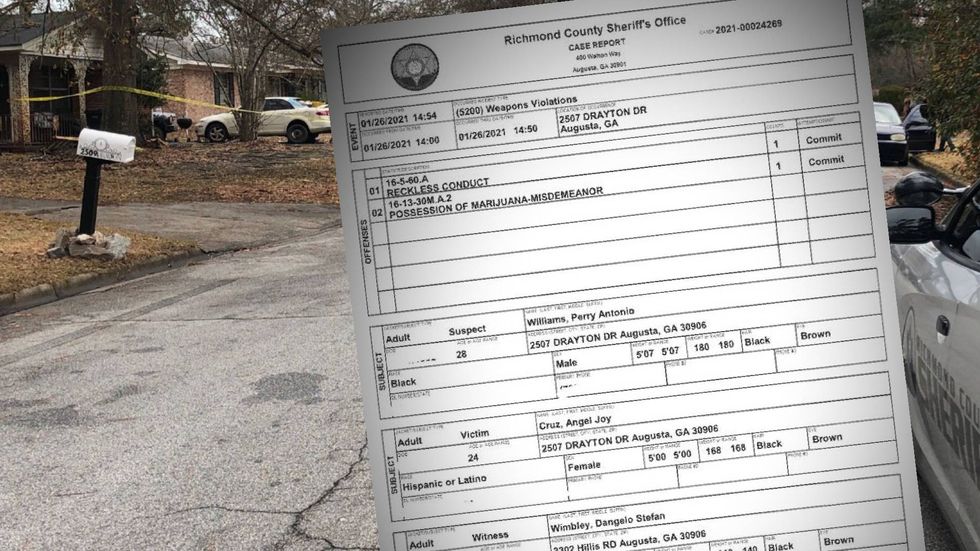 After a pregnant woman was shot, a Richmond County Sheriff’s Office report offers insights on how authorities believe the incident unfolded.

The victim survived and gave birth after the shooting that was reported just before 3 p.m. Tuesday at 2507 Drayton Drive, off Old McDuffie Road, near the McDuffie Woods Community Center.

At the scene, deputies made contact with Perry Williams, 28, and victim Angel Cruz, 24, as well as a witness, according to authorities.

Cruz said she was in front of the residence and felt something strike her stomach. She went back inside and noticed she was bleeding heavily from her stomach.

She called dispatchers and told them she had been shot.

Williams said he was in his bedroom at the time of the shooting, according to authorities. He told deputies there are a lot of drive by shootings in the area.

Deputies asked Williams if he was in possession of any firearms, and he said firearms were stored in his bedroom closet, according to authorities.