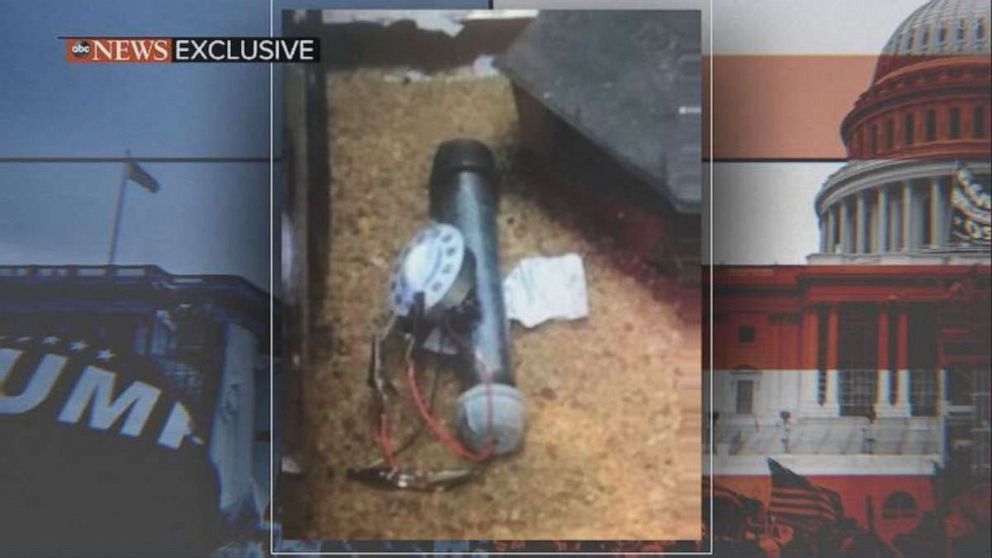 “The USCP Hazardous Materials Response Team determined that both devices were, in fact, hazardous and could cause great harm to public safety,” police said in statement.

A federal law enforcement source told ABC News that the suspected pipe bombs were active and not fake devices.

ABC News has obtained a photo of one of two suspected explosive devices discovered Wednesday.

The device in the photo appears to be wired with a timer and was found adjacent to the Republican National Committee headquarters on First Street, S.E.

After the initial device was discovered near the RNC, police searched the area near the Democratic National Committee headquarters building, a couple of blocks away, and found a second device under a bush. authorities said.