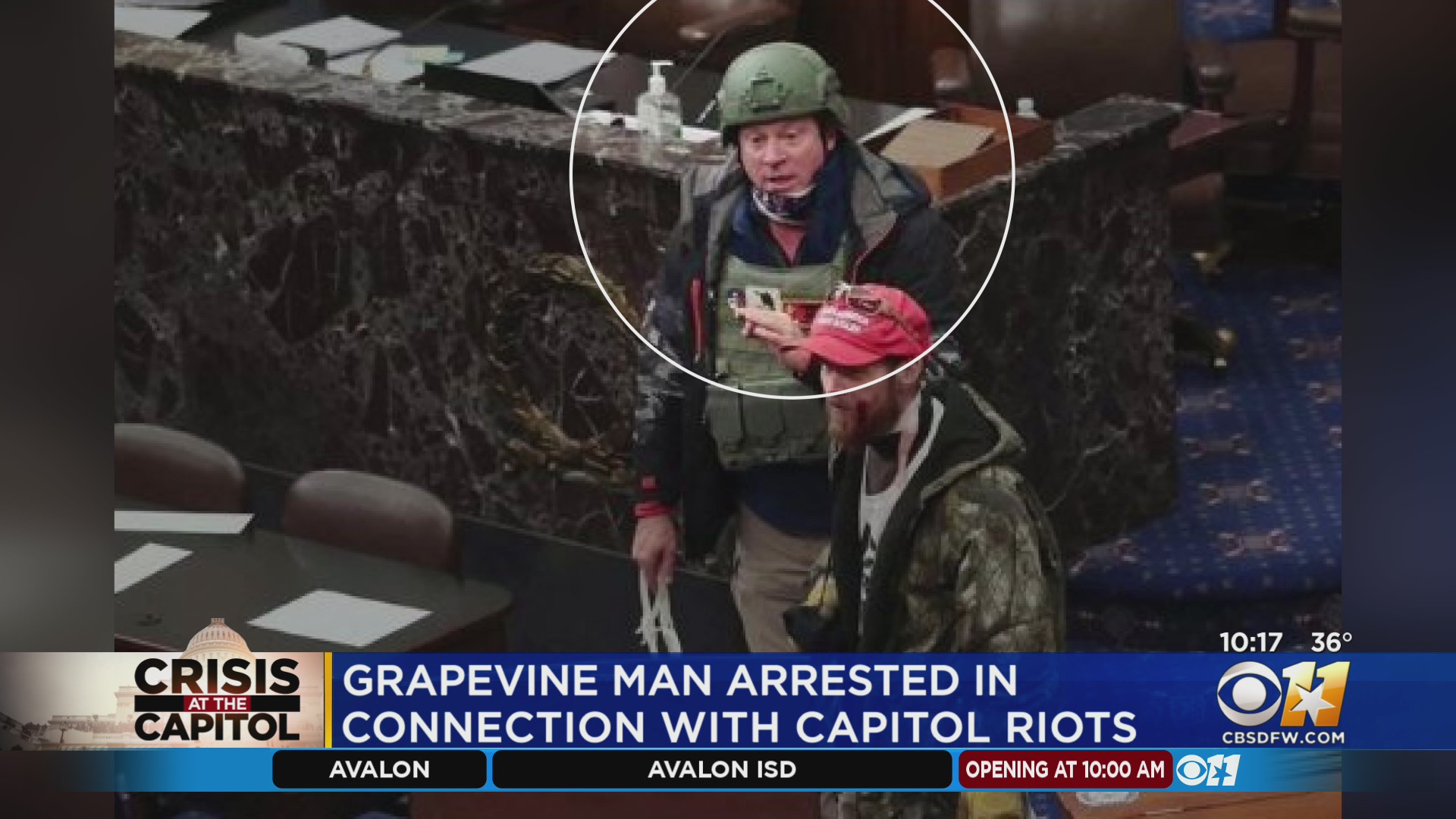 The ex-wife of a Grapevine man charged with participating in last week’s violent disruption at the U.S. Capitol was one of several people who contacted FBI officials and identified him through photographs and videos on social media.

Two days after the riot, the ex-wife, who was not identified by name, contacted the FBI National Threat Operations Center to report that she recognized Larry Brock Jr. in a photo taken inside of the Capitol building during the rioting, according to a federal affidavit.

Brock Jr., 53, surrendered to Grapevine police on Sunday and was in custody of federal authorities. He’s charged in U.S. District Court in the District of Columbia with knowingly entering a restricted building without lawful authority and violent entry and disorderly conduct on Capitol grounds.

Brock was an employee of Hillwood Airways, a private charter airline that operates from Fort Worth’s Alliance Airport, but company officials said he no longer is employed there.

Brock is among several people who the FBI have arrested in the past few days across the country and accused them of the violent intrusion.

Brock told The New Yorker that the presidential election in November, in which the Air Force veteran’s preferred candidate, President Donald Trump, lost, was fraudulent, a position that is not supported by evidence.

On Jan. 6, a joint session of the United States Congress convened to certify the vote count of the Electoral College for the 2020 presidential election.

At about 2 p.m. on that day, several people forced their way through and over barricades and officers of the U.S. Capitol to get inside of the building, according to the affidavit.

Brock entered the U.S. Capitol and wore a green helmet and tactical vest, black and camouflage jacket and beige pants, according to the affidavit released on Sunday. He also carried flex handcuffs typically used in law enforcement.

His ex-wife recognized him in a photo.

“I just know that when I saw this was happening I was afraid he would be there,” his ex-wife reported, according to the affidavit. The two had been married 18 years. “I think you already know he was there. It is such a good picture of him and I recognize his patch.”

Brock was photographed carrying the flex handcuffs, which he told The New Yorker he had found on the ground and did not intend to use.

Another witness also sent the FBI an email with a picture of Brock inside of the Capitol. The witness was not identified.

“It looks like him and he has pilot wings on his chest in this picture. He was an A-10 pilot. Worked at L3, and he still has contacts that work with L3 that knew he was flying to Washington DC,” the witness told the FBI.

The affidavit noted that an ITV news report from Jan. 6 showed a man who looked like Brock walking out of Speaker of the U.S. House of Representatives Nancy Pelosi’s office.

You’ll hear from us again: Impeachment isn’t the final word on Capitol riot for Trump