Ledward’s virtual appearance was her first public appearance since Boseman died in August at 43 after a private battle with colon cancer.

She said it was an honor to receive the posthumous tribute on Boseman’s behalf “in acknowledgment not only of his profound work but of his impact on this industry and this world.”

“Chad, thank you. I love you. I am so proud of you. Keep shining your light on us,” she said during the emotional speech.

Our #GothamAwards Actor Tribute goes to CHADWICK BOSEMAN: we all miss you. pic.twitter.com/FjYoBuc8Wk

Ledward described the “Ma Rainey’s Black Bottom” star as the most honest person she’d ever met.

“Because he didn’t just stop at speaking the truth, he actively searched for it: in himself, those around him and in the moment,” she said, according to People and the Wrap. “The truth can be a very easy thing for the self to avoid, but if one does not live in truth, then it’s impossible to live in line with the divine purpose for your life. And so it became how he lived his life, day in, day out. Imperfect and determined.

“He was able to give himself over fully in every moment, to be totally present in his own life and in the lives of people he became. He was blessed to live many lives within his concentrated one,” Ledward continued. “He developed his understanding of what it meant to be the none, the one and the all. ‘A vessel to be poured into and out of,’ he said. He harnessed the power of letting go and letting God’s love shine through.

Chadwick Boseman’s widow cries as she accepts a Gotham award in his honor. “Chad, thank you,” says Simone Boseman. “Keep shining your light on us.” pic.twitter.com/jQidx0Yp6c

The “Marshall,” “Get On Up,” “42″ and “Da 5 Bloods” actor was also nominated for the best actor prize for his work in his final film, “Ma Rainey’s Black Bottom,” but the award went to Riz Ahmed for “Sound of Metal.”

Ahmed was sure to acknowledge Boseman in his speech too.

“Creativity isn’t a solo sport. And so in that spirit, I want to thank all the other nominees for their work and their inspiration. And in particular Chadwick Boseman, I found his work to be truly inspiring in the way he conducted himself with such dignity and such humanity to be an example for all of us and for actors of my generation.”

The Gotham Awards, hosted by the Independent Filmmaker Project, took place at Cipriani Wall Street in New York, and guests and nominees attended both in person and virtually.

Boseman’s legacy was also honored at the “MTV Movie & TV Awards: Greatest of All Time” special in December. His “Avengers” costars Don Cheadle and Robert Downey Jr. presented the late star with the Hero for the Ages honor. 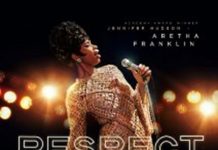