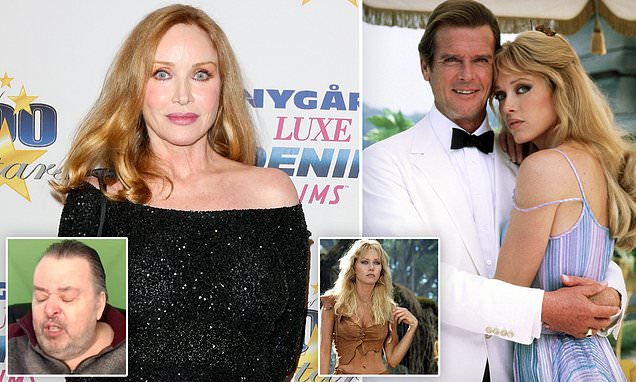 The actress died Monday night at L.A.’s Cedars-Sinai Hospital, her partner, left inset, said. Lance O’Brien and rep Mike Pingel had said she died Sunday. O’Brien was doing an interview with Inside Edition the next afternoon when he received a call from the hospital saying the 65-year-old Bond girl was still alive. ‘You are telling me she’s alive?’ he says into the phone before erupting in tears. O’Brien said he believed he had said his last goodbyes to his partner on Sunday. He said that due to covid measures he could only have limited contact. ‘I called her publicist Mike Pingel and I said I just said goodbye to Tanya,’ he said. Pingel later told the media that the actress had died before the correction was issued. Her death was then announced Tuesday.

Britt Ekland says ‘I’ve had thousands of jabs to get my face back, now I’m just filled with regrets’: Former Bond girl says the...

John Singleton, Oscar-Nominated Pioneering Director of ‘Boyz n the Hood,’ Is Dead at 51 After Being Taken Off Life Support Following Massive Stroke

WATCH: Debbie Reynolds Dies at 84, One Day After Death of Daughter Carrie Fisher