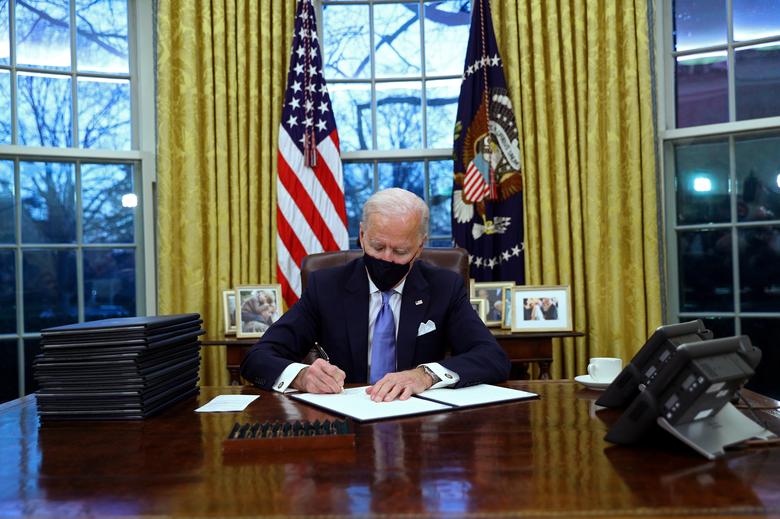 In one of his first executive orders after being sworn in as the 46th president, Joe Biden reversed his predecessor’s diversity training ban that restricted the federal government and its contractors from curriculum that explored race and gender bias.

Donald Trump’s executive order issued in late September had an immediate chilling effect on reinvigorated efforts to reverse patterns of discrimination and exclusion in the workplace after the death of George Floyd, a Black man, under the knee of white officer in Minneapolis in May.

“The Trump administration’s effort to quash any discussion of the continued pernicious impact of structural racism, implicit bias, and sexism in U.S. society was both gratuitous and harmful,” Scott Schoettes, counsel and HIV Project Director at Lambda Legal, said in a statement.

Lambda Legal was one of the LGBT rights groups that filed suit over Trump’s executive order in November.

“Joe Biden campaigned on a promise to confront these issues,”  Schoettes said. “Today, the Biden Administration has reaffirmed its commitment to undertake an honest and long overdue reckoning with sexism and structural racism in our society.”

Earlier this month, the Labor Department suspended enforcement of Trump’s order after a federal court judge blocked it.

Democrats had called on the federal government to back off the order. Bob Menendez, D-N.J.; Sherrod Brown, D-Ohio; Elizabeth Warren, D-Mass.; and 18 other senators said it stifled “much-needed efforts in our states to reduce race and sex-based discrimination.”

Tina Turner Bids Farewell to Her Fans With New Documentary