Divorce rates are increasing around the world, and relationship experts warn the pandemic-induced break-up curve may not have peaked yet.

After seven years of marriage, 29-year-old Sophie Turner and her husband filed for divorce. They’d never discussed splitting up before the coronavirus crisis, but during the pandemic, their marriage soured. “I was more stressed, and it was all just building up, and we decided for maybe a trial separation,” says Turner, a support worker for children’s social services in Suffolk, England. “Very quickly we realised it was going to be more permanent than that.”

Their experiences are becoming increasingly common, with divorce applications and break-ups skyrocketing across the UK and around the world. Leading British law firm Stewarts logged a 122% increase in enquiries between July and October, compared with the same period last year. Charity Citizen’s Advice reported a spike in searches for online advice on ending a relationship. In the US, a major legal contract-creation site recently announced a 34% rise in sales of its basic divorce agreement, with newlyweds who’d got married in the previous five months making up 20% of sales. There’s been a similar pattern in China, which had one of the world’s strictest lockdowns at the start of the pandemic. The same is true in Sweden, which, until recently, largely relied on voluntary guidelines to try and slow the spread of Covid-19.

It’s old news that the pandemic is affecting many of our core relationships. But lawyers, therapists and academics are starting to get a clearer understanding of the multiple factors feeding into the Covid-19 break-up boom – and why it looks set to continue into 2021.

At law-firm Stewarts, partner Carly Kinch describes the pandemic as “the perfect storm” for couples, with lockdowns and social distancing causing them to spend increased amounts of time together. This has, in many cases, acted as a catalyst for break-ups that may already have been on the cards, especially if previous separate routines had served to mask problems. “I don’t think that the reasons that people are divorcing have necessarily changed. You’ve always had the underlying current of ‘I’m unhappy with this or that at home’. But I think it has just brought the focus on domestic arrangements really into much more sharp focus than they would ordinarily be.”

Kinch says her team wasn’t surprised by the surge in divorce applications after England’s first national lockdown ended, since break-ups usually spike after families spend longer together, like during school holidays or over Christmas. “I think lockdown is essentially like those prolonged periods, but with enormous added pressures,” she says. What’s been different is the significant increase in the number of women initiating divorces, with 76% of new cases coming from female clients, compared with 60% a year ago. She believes this trend ties in with the findings of numerous studies of working parents’ lives during Covid-19, which suggest that a disproportionate share of housework and childcare is still falling on women, even in heterosexual couples where the male partner also works from home. She adds, “I think some people went into lockdown thinking: ‘Oh, isn’t this going to be lovely! We’re going to spend lots of quality time together. And my partner, who’s normally in the city or commuting – they’ll be around and they’ll help more. And I think the reality for many has been a far cry from that.”

Turner says the decision to split with her partner was mutual, and they remain friends. For them, the trigger was deciding to sleep in separate bedrooms to reduce the risk of infection for Turner, who has a pre-existing medical condition, and realising it “didn’t really make a difference” to the quality of their relationship. But like many pandemic break-ups, theirs also coincided with communication problems. She says, “we were getting on each other’s nerves, and not really talking properly.” An increase in Turner’s domestic workload, as she home-schooled her son and looked after a relative’s children, also caused friction. She says her partner found it difficult that her attention was elsewhere, while she struggled with the fact that he could leave the house to meet colleagues at a plumbing company while she was stuck at home.

For other couples, the increase in mental health problems linked to the pandemic is playing a role in break-ups. When Marie, a 43-year-old editor in Amsterdam, caught Covid-19 in March, it made her partner’s anxiety disorder “spiral out of control”. She says, “I had to handle everything while we were quarantined – for almost a month – and it was absolutely exhausting.” A victim of “long Covid”, by July she was still finding it a struggle to organise her time beyond “the bare essentials” of part-time work and looking after their four-year-old. “Unfortunately, our relationship was one of the elements that demanded too much effort on my part: emotionally, mentally and physically. So, I asked him for a separation. It just felt like a matter of life or death.”

But relationship experts believe that even strong couples who weren’t facing problems before the pandemic, and avoided major shifts in household health or dynamics may also be susceptible to break-ups. This is because the pandemic has taken away “well-established routines that offered comfort, stability and rhythm”, explains Ronen Stilman, a psychotherapist and spokesperson for the UK Council for Psychotherapy. Without these, this leaves partners with limited opportunities to “seek other forms of support or stimulation” beyond their relationship, which can put them under strain. Stilman says, “More people are finding themselves trapped in a situation where they are struggling to cope with what is going on for them as well as what is going on between them. Like a pressure cooker that does not let any pressure out, the lid can eventually pop and the relationship breaks down.”

That was the case for Nora, an American living in Stockholm, who broke up with her Spanish boyfriend a few months into the pandemic, a year after they moved in together. The 29-year-old, who asked to have her surname withheld, says the couple took the risk of infection very seriously, both opting to work from home and avoiding non-essential outings. “We gave up our social life and our releases – him, basketball and me, climbing,” she explains. “Our differences became magnified, especially my introversion and his extroversion. We couldn’t recharge the way we needed to when we were stuck together – him, needing more people, and me, needing more space.” She says they tried their best to find a solution, but in the end it did not work.

Lawyer Kinch points out the pandemic is likely to be one of the first major life challenges young couples face together, which might partly explain the rise in divorce applications from newlyweds in some countries, including the US and Canada. She says, “If you are newlyweds or relatively early on in your relationship, it might not have been tested in the way the marriages of 30 years have been over the years with different trials and tribulations.” Meanwhile, the stripped-back lifestyle that the crisis has created is the opposite of many new couples’ visions of “wedded bliss about how perfect life is going to be”.

Michael Farris on A New Progressive Orthodoxy Has Replaced Relativism 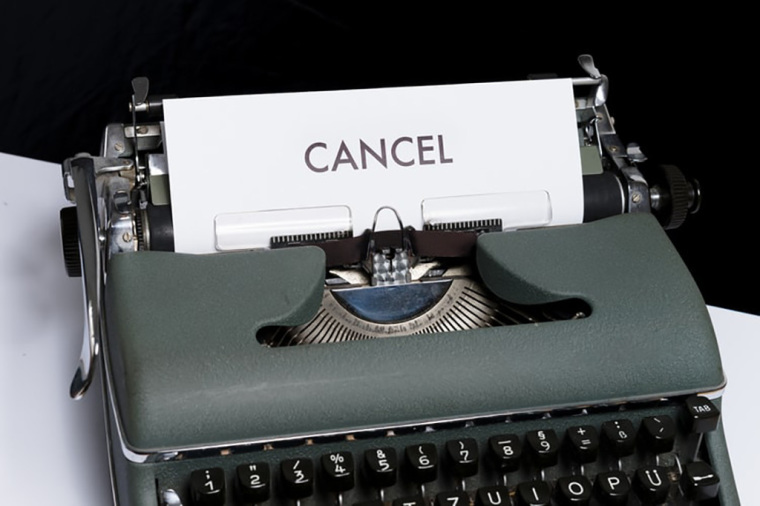 8 Reasons to Consider a Christian College