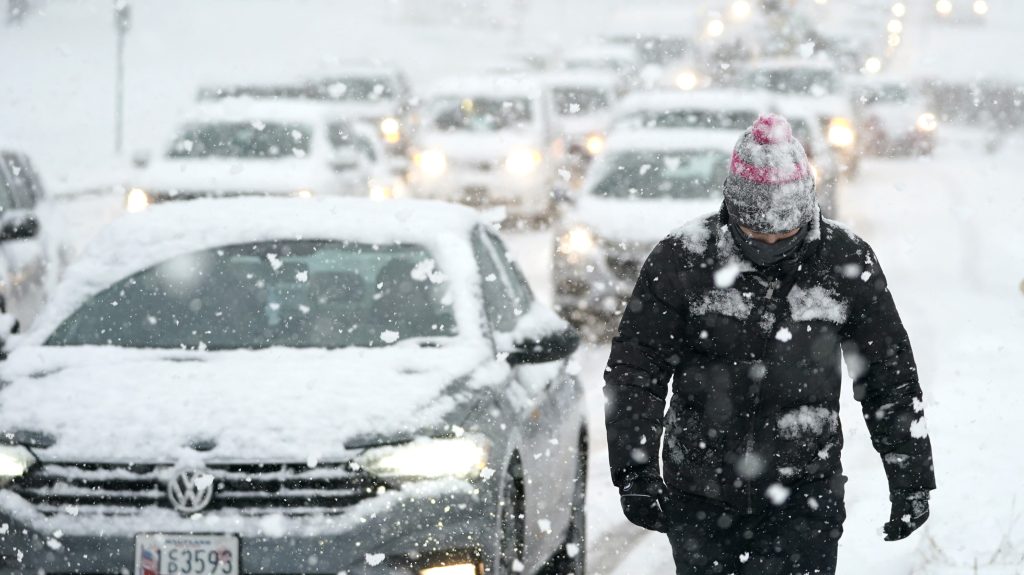 The monstrous nor’easter that roared up the Eastern Seaboard Wednesday into Thursday has resulted in eye-popping snowfall totals, a slew of broken records not to mention mayhem on roadways and at least three fatalities. AccuWeather meteorologists warned the storm was going to be one of the biggest in several years and it certainly was that and more in many places as snowfall totals in excess of 40 inches were reported in parts of New York, Pennsylvania and Vermont.

At one point, tens of millions of Americans from North Carolina to Maine were under winter storm warnings and watches as the storm gathered strength and charged northward. By mid-day on Thursday, snow was still falling across parts of New England as the storm continued its trek north and east.

Precipitation started out as snow in Baltimore and Washington, D.C., at the onset of the storm on Wednesday. Parts of the nation’s capital picked up about an inch of snow prior to a switch to rain during the afternoon on Wednesday, washing away all of what had accumulated. Official records showed only a trace of snow had fallen, however, meaning Washington, D.C., did not eclipse its total of 0.6 inches of accumulation from all of last season. Snowfall across the city of Baltimore ranged from 1-2 inches before a change to rain occurred.

New York City saw its first double-digit snowstorm in almost five years as 10 inches fell in Central Park. That mark more than doubled the city’s 4.8 inches of snow for the entire 2019-20 season.

The storm also proved fatal as travel tragedies and cleanup disasters unfolded. In Pennsylvania, John A. Vichie, a 63-year-old man, was struck and killed by a snowplow on Wednesday night amid heavy snowfall, according to local TV station WTAE. Trib Live reported that Vichie was walking with a snowblower just after dark when he was struck by the plow, which was operated by a municipal worker. Vichie was pronounced dead at the scene and identified later by the medical examiner’s office.

In New York state, another snow-related fatality was reported by state police, according to WNYT. Police said a tractor-trailer on I-787 in downtown Albany collided with a person riding a snowmobile, resulting in the rider’s death in the early hours Thursday morning. The victim’s name has yet to be released.

Transportation crews were up early on Wednesday morning trying to stay ahead of the storm’s snow and ice. Roads from Virginia to Illinois were facing snowy to icy road conditions by Wednesday morning, prompting the Virginia Department of Transportation to tweet a slew of warnings as crews faced the storm they had been preparing for since at least the beginning of the week.

The Ohio Department of Transportation announced that as of 8:15 a.m. EST Wednesday, nearly 600 crews were out treating and plowing roadways across the state — 300 more than had been mobilized an hour previously.

Farther to the south, James Singleton, a meteorologist at the Redwood, Virginia-based station Cable 12 TV, reported that the state police were already warning of icy bridges on Interstate 81 and that a VDOT radio had described one roadway as a “solid sheet of ice.” Even with the fleet of plow trucks and brine preparations, the snow and ice were too much to handle in some locations.