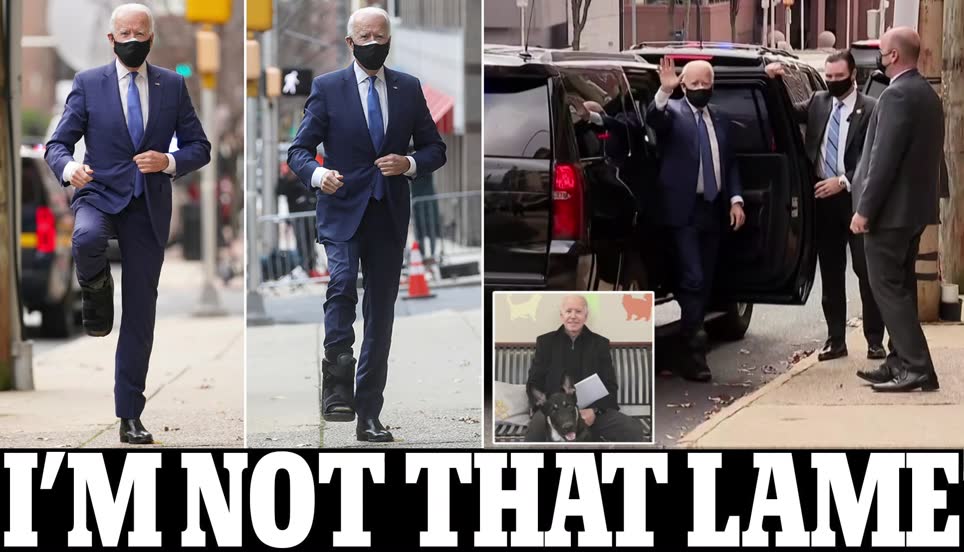 Joe Biden said he was doing ‘good’ after he fractured his foot while playing with his German Shepherd Major and showed off the black medical boot on his right foot. The president-elect was seen wearing the boot for the first time Tuesday, when he arrived at The Queen theater in Wilmington to introduce his economic team. He thanked reporters for asking and raised his foot to show off his medical gear. He arrived at his economic event walking slowly but without a noticeable limp. He stood at a podium to make his opening remarks but, in contrast to last week’s event where he introduced his national security team, there was a table and chairs for the president-elect to sit while his new economic team spoke. But after standing to speak for about 15 minutes Biden limped visibly as he went to sit down after introducing his choice as Treasury Secretary, former Federal Reserve chair Janet Yellen. Biden suffered the injury on Saturday and visited an orthopedist at Delaware Orthopedic Specialists in Newark, Delaware, for an examination Sunday afternoon, his office said.

There’s a first time for everything: Biden takes first swing at a presidential pastime: golf