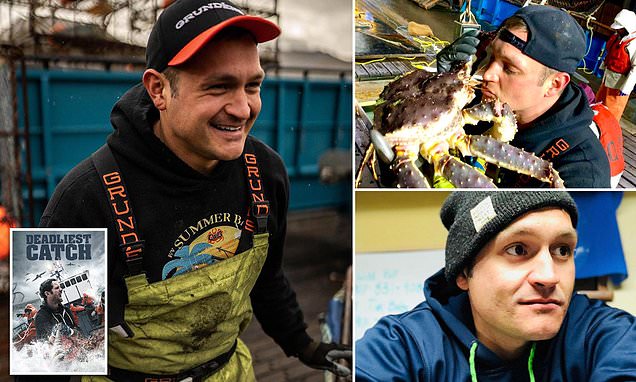 Deadliest Catch star Nick McGlashan has died aged 33, marking the eighth tragic death among the show’s cast and crew in the last decade.

McGlashan, a seventh-generation fisherman and crabber who appeared on the Discovery Channel reality series for seven years, passed away on Sunday in Nashville, TMZ reported.

The cause of death has yet to be determined, the outlet said, citing family and a medical examiner.

McGlashan’s sister confirmed the news of his death on Twitter on Sunday night, writing: ‘This is the hardest thing I’ve ever had to go through. Please hold your loved ones tight.’

McGlashan, who featured on 78 episodes of Deadliest Catch between 2013 and 2020, was born in Akutan, Alaska, to a family of veteran fishermen.

He started crabbing on the storied Bering Sea at the young age of 13, following in the footsteps of his namesake uncle, who was rumored to have worked on the first boat in America’s crab industry.

McGlashan quickly rose through industry ranks, piloting the Cape Caution before taking over the wheel of the Summer Bay. Both ships were featured on Deadliest Catch.