Auburn hired Boise State’s Bryan Harsin as its head coach on Tuesday, luring him away from his alma mater and into the powerful Southeastern Conference.

The 44-year-old Harsin is 69-19 with three Mountain West titles in seven seasons at Boise State, but winning in the SEC affords greater chances for playoff berths and national titles.

The Auburn job is also sure to bring a major pay raise, though contract details for Harsin weren’t immediately available.

“I’m incredibly excited and humbled for the opportunity to be at a place like Auburn University,” Harsin said in a statement. “I knew it would take a special opportunity to get me out of Boise and Auburn is exactly that, the chance to compete at the highest level for one of the greatest programs in college football.

“I have a tremendous amount of respect for the coaches and players in the Southeastern Conference, but am ready to help build a foundation at Auburn where we can consistently compete for championships.”

That has been easier said than done in the brutal SEC West, presided over by in-state rival Alabama.

Auburn fired Gus Malzahn earlier this month after he went 6-4 in his eighth season — a move that cost the school more than $21 million to buy out the former coach’s contract.

Auburn has been an up-and-down program, winning the national championship under Gene Chizik before going on a rapid decline.

The Tigers turned to Malzahn, the offensive coordinator for that Cam Newton-led team. Malzahn led Auburn to the Southeastern Conference championship and into the national championship game in his first season, 2013. But the Tigers have lost at least four games in each of the seven seasons since.

Meanwhile, Auburn’s chief rivals have thrived. Alabama has been a perennial contender and Georgia has also emerged as a national power, making it even harder for Auburn to make headway on the field and on the recruiting trail.

The Tigers sought out their next coach from more than 2,100 miles away.

“He’s a proven winner whose record speaks for itself,” Auburn athletic director Allen Greene said. “Coach Harsin impressed me with his detailed plan to lead Auburn to consistently compete for championships in the Southeastern Conference.”

Harsin also replaced Malzahn at Arkansas State in 2013, winning a share of the Sun Belt Conference title in his lone season before returning to his alma mater.

“Our search was diligent and thoughtful, and it is unfortunate that so much misinformation was spread in recent days about the process,” Auburn President Jay Gogue said, though it wasn’t clear precisely what he was referring to.

Harsin has a proven track record as a head coach, more so than any Auburn coach in recent memory. Malzahn only had one season as a college head coach. Chizik had a losing record at Iowa State.

Tommy Tuberville was 12-20 in the SEC at Mississippi. Then there’s Harsin, who sustained the success of one of college football’s top Group of Five programs.

A victory in the 2014 Mountain West Championship game marked Boise State’s first outright league title since joining the conference in 2011, and its first overall since 2009. The only alumnus to coach the Broncos in their history, Harsin has won conference championships as a player, assistant coach and head coach.

Boise State won at least nine games in each of his first six seasons. The Broncos finished 5-2 this year, losing to No. 19 San Jose State in the league title game. Boise State opted not to participate in a bowl game.

Boise State President Marlene Tromp praised Harsin’s contributions to the program but expressed confidence the winning would continue under his successor, for whom she said the school would conduct a national search.

“Boise State has been on a stunning trajectory for decades and has effectively built on our previous successes,” Tromp said in a statement posted on the football program’s Twitter account.

“Each of our head coaches has used his unique talents to enhance the excellence of this program — an excellence we have all come to expect — and we are confident that our next coach will do the same.”

Auburn is set to play No. 15 Northwestern in the Citrus Bowl on New Year’s Day. Defensive coordinator Kevin Steele is serving as the Tigers’ interim coach and was initially regarded as a candidate for the permanent job. 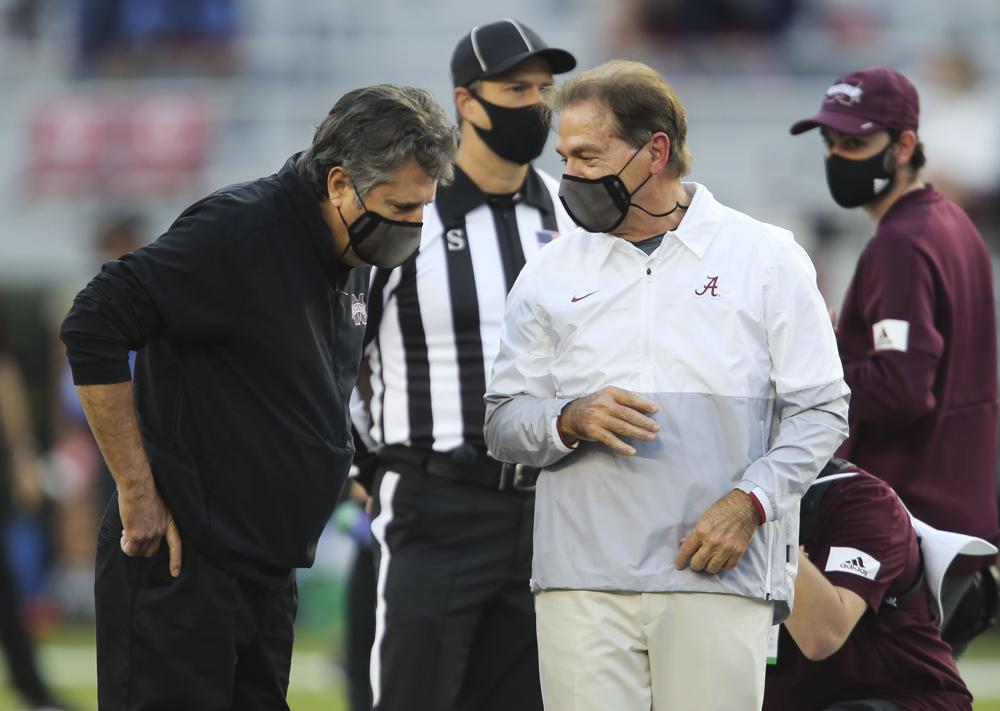