A lot of the effort to slow the spread of the coronavirus comes down to a seemingly simple concept: Wearing a mask.

But the issue has proven a thorny one. Health authorities have changed their guidance on who should wear masks and when to wear them. This has led to some confusion and even suspicion.

But since the coronavirus first appeared, authorities have gained a better understanding of how it spreads and how masks can help stop that spread.

Here’s a look at how what we know about masks has changed, and how government officials are increasingly getting behind the idea of mandating the use of masks.

WHAT DO THE EXPERTS SAY?

The U.S. Centers for Disease Control and Prevention has long advised people to wear masks because they help prevent people who are infected — whether they know it or not — from spreading the coronavirus.

But last week, the CDC added a new reason: masks can also protect wearers who are not infected, though to a lesser degree.

But when BOTH people are wearing masks, that produced the best result. The decline in virus particles reaching the second person was close to 70%.

So, if everyone wears a mask when social distancing is not feasible, the infection rate will be cut, experts say.

It’s not a perfect solution. Hand-washing, keeping a distance and being in well-ventilated areas is important.

HOW IS THIS DIFFERENT FROM WHAT THEY’VE SAID BEFORE?

“When we can’t stay six feet away from others, please, I’m begging you, wear a face covering,” Adams says in the videotaped July 2 tweet.

And in July, the CDC stressed that cloth face coverings are a critical tool in the fight against COVID-19, particularly when everyone wears them.

Similarly, the World Health Organization early on had recommended against mask-wearing for the general public, saying they might lead to a false sense of security and that people who didn’t know how to use them properly could infect themselves.

The World Health Organization changed its advice in June, and now says people should wear them when they can’t be socially distant.

WHAT ARE THE FEDERAL REQUIREMENTS ON MASKS?

In the United States, there are none. The CDC has made only recommendations.

And the attitude from the White House has been casual at best. Before the election, President Donald Trump often ridiculed his then Democratic opponent, Joe Biden, for wearing one whenever he was out in public. The president also held rallies that brought together thousands of supporters, most of them not wearing masks.

Biden, now president-elect, has said repeatedly that there should be a nationwide mask mandate. He has also promised to ask every governor to impose mask rules. For those who refuse, he’s vowed to go around them to seek similar mandates at the county or local level until the entire country is covered.

Some other countries have already mandated mask use, from requiring them everywhere in public to using them on public transportation and in stores.

HOW ARE U.S. STATES HANDLING THE SITUATION?

It’s a mix. As of Tuesday, 36 states have some type of mask mandate.

Republican governors in Iowa, North Dakota and Utah — all states that are being hit hard — have recently reversed course and required at least limited mask use. Others have extended or expanded earlier orders.

Iowa Gov. Kim Reynolds cast some doubt Tuesday on the science behind masks even as she imposed a limited mask rule, noting that neighboring states with mask mandates have seen rising numbers of cases, although not as severely as Iowa.

“If you look, you can find whatever you want to support wherever you are at,” she said. 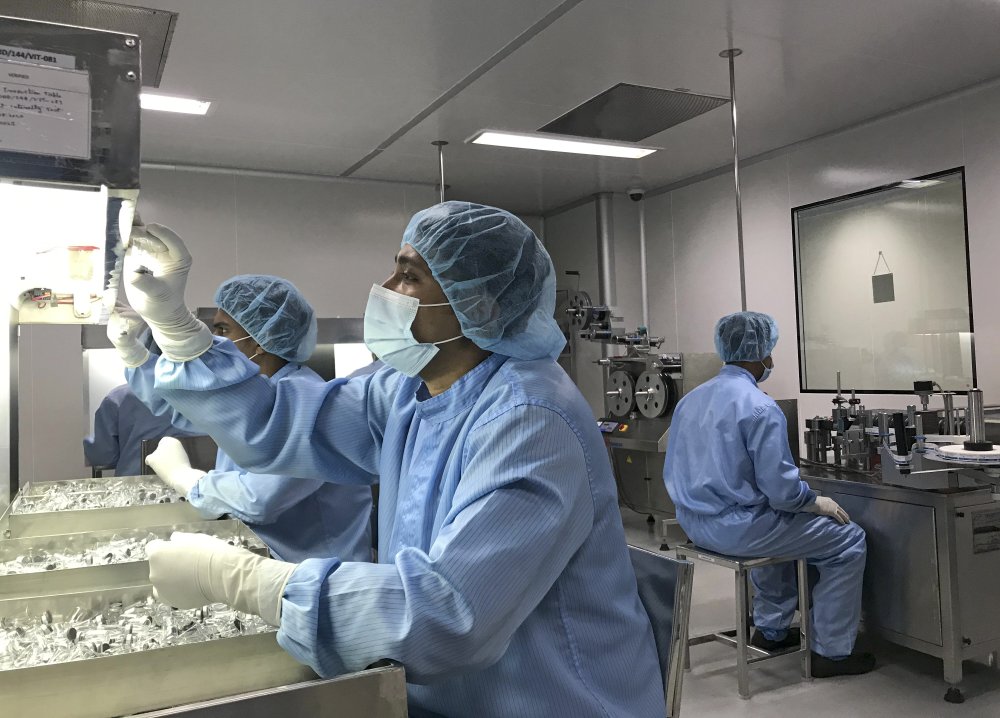 Please share what you know about the coronavirus vaccine with us