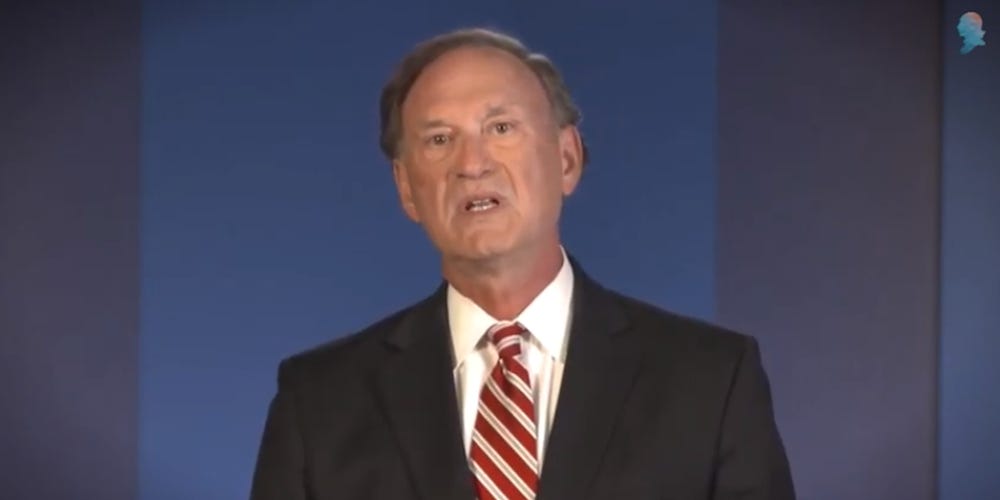 Supreme Court Justice Samuel Alito gave a politically-charged speech on Thursday night in which he suggested that religious liberty is under threat by same-sex marriage and COVID-19 restrictions.

Conservatives have a 6-3 majority on the Supreme Court, but Alito’s remarks implied that they’re a marginalized group.

“It pains me to say this,” Alito said while addressing a virtual conference of conservative lawyers (the Federalist Society), “but in certain quarters, religious liberty is fast becoming a disfavored right.”

Alito, who was appointed to the Supreme Court by Republican President George W. Bush, said the “question” the US faces is “whether our society will be inclusive enough to tolerate people with unpopular religious beliefs.”

The conservative justice said the COVID-19 pandemic had led to “previously unimaginable” restrictions on individual liberty. He pointed explicitly to impositions on religious services.

The Supreme Court justice said he was not diminishing the severity of the threat of the virus to the public, and was not commenting on the legality of the restrictions imposed.