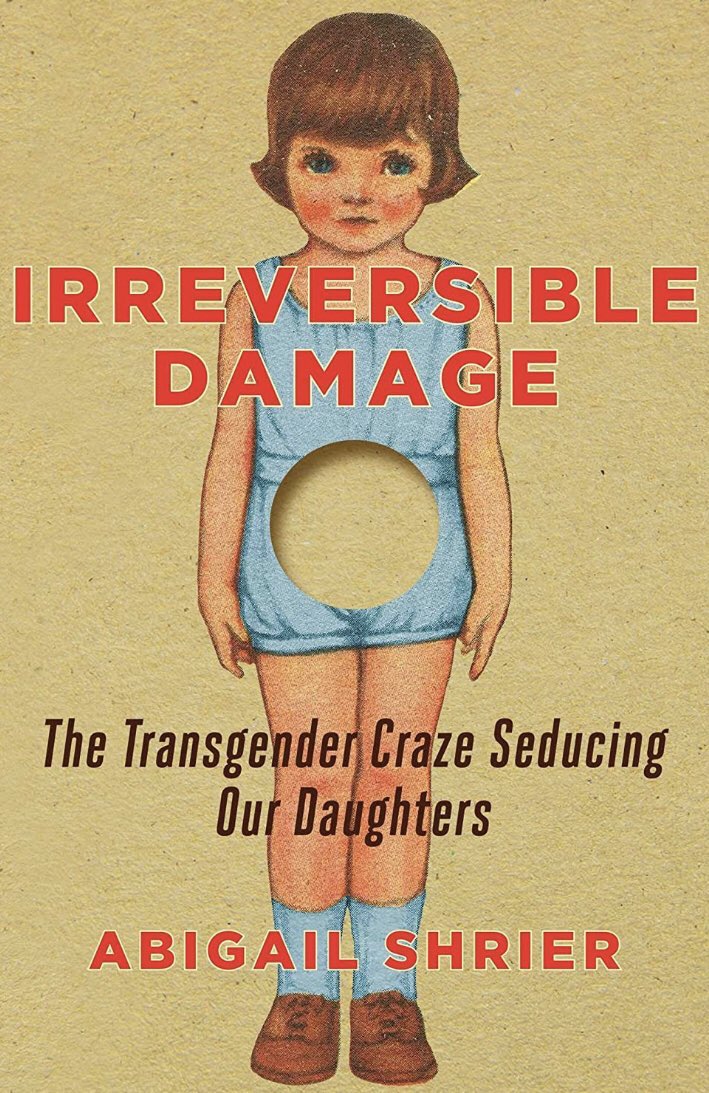 At the center of the latest scandal is a book by Abigail Shrier of The Wall Street Journal. Shrier has the pedigree of an elite journalist. She attended Columbia University and the University of Oxford as an undergraduate and graduated from Yale Law School.

In Irreversible Damage: The Transgender Craze Seducing Our Daughters, she details the results of her investigation into “the sudden, severe spike in transgender identification among adolescent girls.” This trend concerned Shrier. So she set out to find its cause.

Shrier was alarmed by what she found. She learned about the “social contagion” aspect of the spike in transgender identification, especially among friend groups. She discovered the rapid pace at which teenage girls are undergoing gender transition surgeries, making irreversible decisions with irreversible consequences. Americans can’t drive until they’re 16, vote until they’re 18 or drink until they’re 21. Yet, as teenagers, they are now being allowed to have “gender reassignment surgeries” that betray their biology and often leave them sterile.

Shrier notes in an editorial for The Wall Street Journal that there is debate on this issue within the medical and LGBTQ communities:

“Many transgender adults, including some I interviewed for the book, agree that teen girls are undergoing medical transition too fast with too little oversight. Others disagree and have written books. Amid a sea of material unskeptically promoting medical transition for teenage girls, there’s one book that investigates this phenomenon and urges caution.”

That book is Shrier’s. But it “is the book the activists seek to suppress.”

Target retail stores quickly pulled Irreversible Damage from their shelves after tweets denouncing its “harmful rhetoric.” Despite being ranked No. 1 in multiple categories on its site, Amazon would not let Shrier’s publisher advertise the book..

Grace Lavery, a professor of English at the University of California, Berkeley, encouraged her Twitter followers “to steal Abigail Shrier’s book and burn it on a pyre.”

Chase Strangio, the ACLU’s deputy director for transgender justice, tweeted that the “book is a dangerous polemic” and that “[s]topping the circulation of this book and [others like it] is 100% a hill I will die on.” This breaks with the ACLU’s long-standing opposition to censoring speech. And as journalist Glenn Greenwald pointed out: “the ACLU is being pulled and weighted down by the same censorious trends currently plaguing academia, the corporate world and … news organizations.”

As private companies, Amazon and Target are within their rights to sell or not sell Shrier’s book. In fact, after receiving significant pushback, Target reversed its decision and her book is once again on its shelves.

However, when powerful corporations and influencers on Twitter move to ban books and other messages, the spirit of free inquiry and debate is violated. When ideas are “winnowed in one direction,” as Shrier says, there is a victim:

“The public. A network of activists and their journalistic enablers have largely succeeded in suppressing a real discussion of the over-diagnosis of gender dysphoria among vulnerable girls. There are parents everywhere being lectured to by authority figures about how they have to affirm their daughter’s sudden interest in becoming a boy—no questions asked.”

Historically, both conservatives and liberals, religious and irreligious, have engaged in censorship. But book banning and “corporate censorship” are never the answer. The answer is more speech—speech in which one articulates why an opposing idea is wrong. Which path do we want to follow: a culture of free speech with a robust marketplace of ideas, or a culture of censorship in which activists, CEOs and journalists decide which ideas are open for debate?

The events of the past week were not even the first uproar directed at Schrier and her book. When popular podcaster Joe Rogan interviewed her about the book on his show, employees of Spotify (which hosts his podcast) called for the episode to be pulled down. They even threatened to walk out if their demands were not met. So far, the podcast (which you can find here) remains.

Censorship, made possible by corporate gatekeepers bending to the will of vocal activists, is the breeding ground of cancel culture. Those who advance cancel culture believe they alone hold the truth that must be spread, that speech can be violent and dangerous, and that what they deem as “hateful” speech must be countered with force (in the form of bans, demonization, and mobs).

It’s on all of us to choose debate over demonization, speech over suppression, to stop and reverse the irreversible damage of censorship.

Michael Brown on From a Christian Conservative to a Transgender Man: Love Calls Me to Action