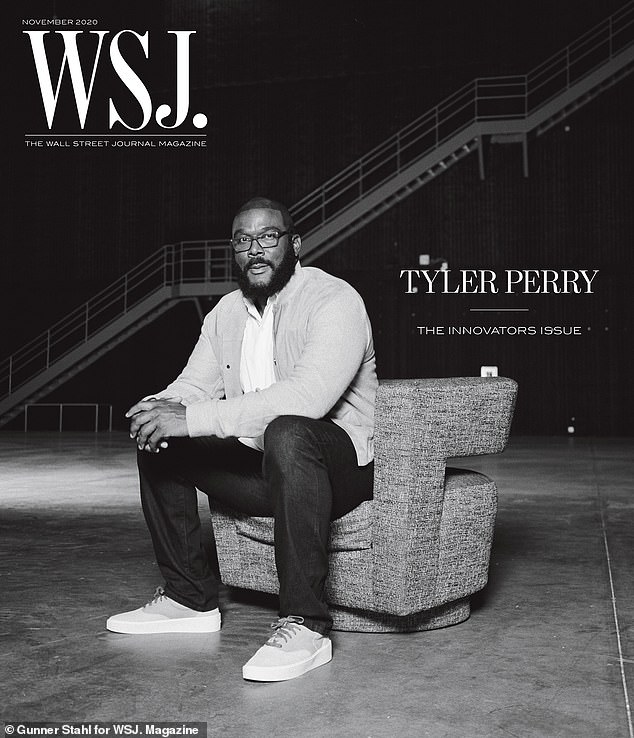 Tyler Perry has had a booming month, winning the People’s Choice Award for People’s Champion over the weekend, and now being named WSJ. Magazine’s Entertainment Innovator of the Year.

Gracing the cover of the magazine’s November Innovator’s Issue, the 51-year-old Hollywood powerhouse – writer, director, producer and studio head – continues to solidify his empire while opening up about the past year’s hardships.

‘Even after everything that’s going on in the world—the pandemic and the racial inequality and police brutality—I have to remain hopeful. It lives in me.’

With a net worth of $1 Billion dollars and an undeniable reputation as a prolific businessman and all around good natured human being, Perry is the true embodiment of the American dream.

Speaking to WSJ. Magazine about his endless resume of accomplishments that include 14 tv series, 22 movies and $2B in revenue through Tyler Perry Studios, the magnitude of both his success and hardships as a Black man is not lost on him.

Touching on the fraught nature of the country and his unwavering spirit he continues, ‘You have to understand where I come from and what I’ve gone through. I’ve had to have hope,’ he says.

Speaking about what he deems some of 2020’s low points – the current racial upheaval, the pandemic, and grappling with the deaths of Kobe Bryant and Chadwick Boseman – Perry did not shy away from opening up about how this year has changed him.