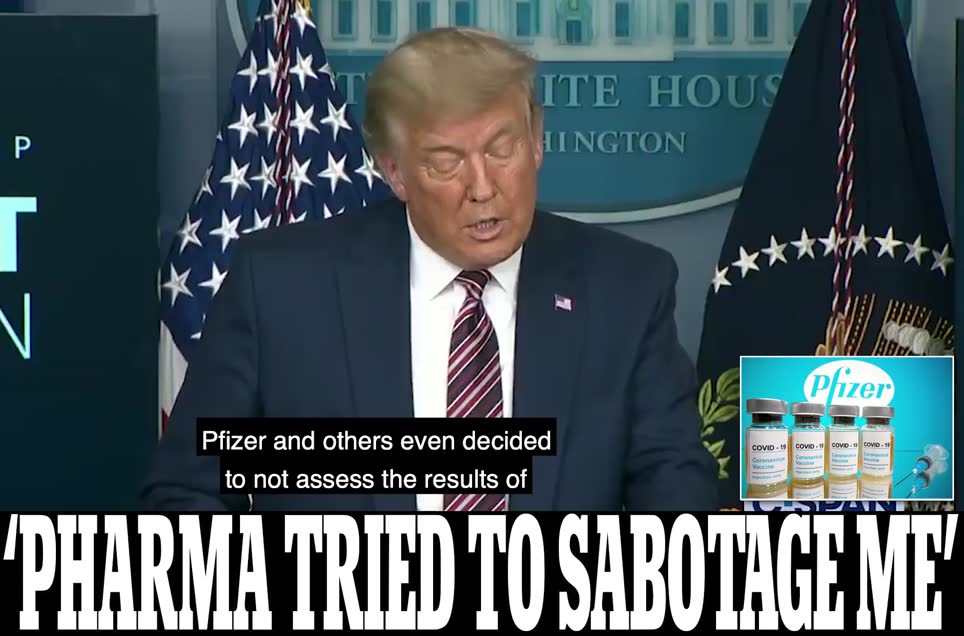 President Donald Trump returned to the White House briefing room on Friday for the first time since the elections – and once again claimed he ‘won’ despite trailing Joe Biden by millions of votes as he attacked a pharmaceutical giant of conspiring to defeat him.

Looking worn out, the president blasted Pfizer and ‘Big Pharma’ – although he misstated the name of the company, calling it ‘FISA,’ that announced the dramatic vaccine breakthrough after the election.

‘Big pharma ran millions of dollars of negative advertise onments against me during the campaign – which I won, by the way, but you know, we’ll find that out. Almost 74 million votes,’ Trump said.

The president also accused drug companies of holding out until after the election, without providing evidence of why it did so.

‘Sure the Democrats would have found the ballots someplace,’ he theorized – alluding to his claims of a ‘rigged’ election.

‘These corrupt games will not deter us from doing what is right for the American people,’ Trump said.

Trump appeared to say ‘FISA’ instead of Pfizer, in reference to a secret surveillance court that is a fixation of his in light of the Russia probe.

‘FISA (Pfizer) and others, who are way ahead on vaccines,’ he said.

‘FISA and others even decided to not assess the results of their vaccine, in other words not come out with a vaccine until just after the election.’

He claimed it was because of what he had done on drug prices.

He said: ‘I’ve been loyal to the special interests’ in an another apparent flub.

Even after leveling the charges that one of the nation’s top drug companies tried to harm him politically even while its execs say it tried to rush its product through the process to save lives, Trump refused to take questions.