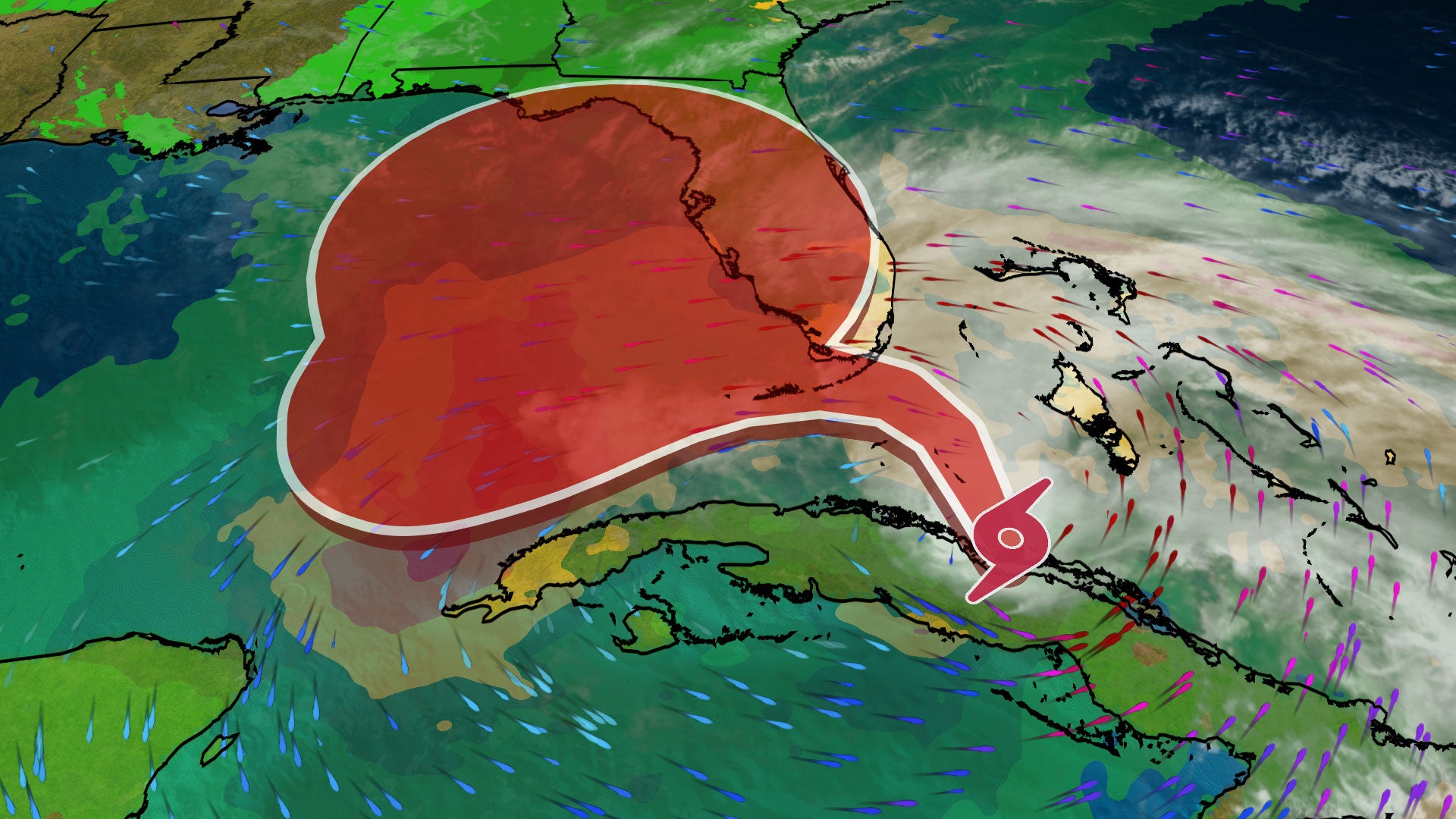 Tropical Storm Eta is moving away from Cuba and will make its closest approach to South Florida tonight, possibly as a hurricane, producing flooding rain, storm surge, strong winds and high surf.

Eta made landfall in Cuba early Sunday morning as a tropical storm, as indicated by radar from Cuba’s Institute of Meteorology. The center of Eta has now moved back over water and is located just offshore of the east-central coast of Cuba.

Current Wind Watches and Warnings
A hurricane warning and storm surge warning are in effect for the Florida Keys from Ocean Reef to the Dry Tortugas, including Florida Bay. Hurricane conditions are expected here by early Monday and there is a danger of life-threatening inundation during the next 36 hours.

Tropical storm warnings have been issued for much of central Cuba, the northwestern Bahamas and South Florida from the Brevard-Volusia County line to Englewood. This includes Nassau, Grand Bahama Island, the entire Miami metro area and the Florida Keys. This is where tropical storm conditions are expected generally through Monday.

A hurricane watch is in effect for the coast of southern Florida from Deerfield Beach to Bonita Beach. Hurricane conditions are possible in this area Sunday night and Monday.

A tropical storm watch is in effect along the Florida west coast from Englewood to Anna Maria Island, as well as for parts of western Cuba, including Havana. Tropical storm conditions are possible in these areas.

A storm surge watch for the coast of southern Florida from Golden Beach to Bonita Beach, including Biscayne Bay. A dangerous storm surge is possible in this area.