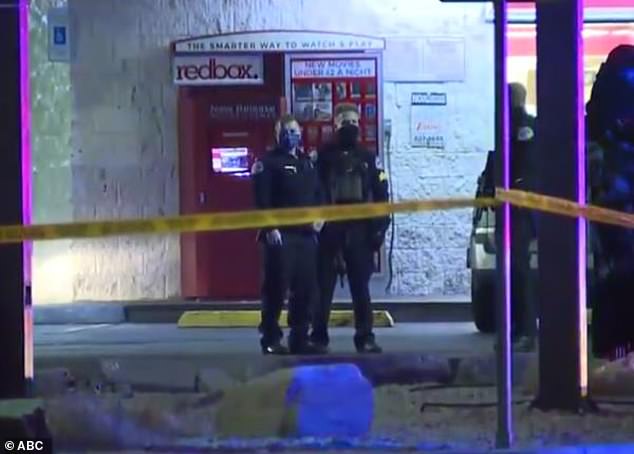 Three people have been arrested after a random shooting spree that spanned across Nevada and Arizona on Thanksgiving Day that left one person dead and at least four others injured.

The ordeal started in Henderson, Nevada and ended hours later in western Arizona when the three suspects crashed their vehicle following a shoot out and chase with local law enforcement.

Authorities in both Nevada and Arizona have not released the names of the three suspects.

The incident began in Henderson when local police received reports of a shooting at a 7-Eleven just before 1am on Thursday.

When officers arrived at the scene they found a 22-year-old man dead from a gunshot wound.

In the meantime, officers received multiple other calls from victims saying they had been shot by a person in a random car.

These calls were from different locations around Henderson.

The four victims were all transported to hospital for treatment for gunshot wounds and are expected to survive.

Both suspects were described as having tattoos or paint on their faces.