The hurricane had sustained winds of 105 mph (165 kph), according to the U.S. National Hurricane Center, down from an overnight peak of 150 mph (240 kph). Even before it made landfall as a Category 4 hurricane, Honduras reported the first death after a mudslide trapped a 12-year-old girl in San Pedro Sula and two miners were killed in a mudslide in Bonanza, Nicaragua.

Tuesday night, the Category 2 hurricane crawled inland from the coast, about 45 miles (70 kilometers) west-southwest of coastal Puerto Cabezas or Bilwi, and it was moving west near 6 mph (9 kph).

Landfall came hours after it had been expected. Eta’s eye had hovered just offshore through the night and Tuesday morning. The unceasing winds uprooted trees and ripped roofs apart, scattering corrugated metal through the streets of Bilwi, the main coastal city in the region. The city’s regional hospital abandoned its building, moving patients to a local technical school campus.

“It was an intense night for everyone in Bilwi, Waspam and the communities along the northern coast,” Yamil Zapata, local Bilwi representative of the ruling Sandinista Front, told local Channel 4 Tuesday.

Guillermo González, director of the country’s emergency management agency, said in a news conference earlier that there were reports of corrugated metal roofs flying off homes, trees, poles and power lines falling and rivers rising in the coastal area.

About 10,000 people were in shelters in Bilwi and an equal number in smaller towns across the region, he said. The area had already been lashed with strong winds and heavy rain for hours.

Inland, about 100 miles (160 kms) west of where Eta made landfall, two gold miners were killed when a mountainside unleashed tons of mud. A third miner escaped the slide and sought help.

One body was recovered before rescuers had to suspend recovery efforts due to nightfall and fears that more slides could occur as the rain continued, said Lt. Cesar Malespin of the Bonanza Fire Department. He said recovery efforts would continue Wednesday.

The storm has been drenching neighboring Honduras with rains since at least Sunday and the country reported its first death attributed to Eta early Tuesday.

In Honduras, there were at least 559 people affected by flooding who had to move to shelters or go to relatives’ homes, he said. At least 25 people had been rescued, he said. His agency reported at least six rivers causing significant flooding.

This could be only the beginning of Eta’s destruction. The storm was forecast to spend much of the week meandering over Central America.

Forecasters said central and northern Nicaragua and much of Honduras could get 15 to 25 inches (380 to 635 millimeters) of rain, with 35 inches (890 millimeters) in isolated areas. Heavy rains also were likely in eastern Guatemala, southern Belize and Jamaica.

The quantities of rain expected drew comparisons to 1998’s Hurricane Mitch, one of the most deadly Atlantic hurricanes in history. An archival report from the National Hurricane Center said Mitch led to the deaths of more than 9,000 people.

Eta tripled in strength in about 24 hours, rapidly intensifying from a 40 mph (65 kph) storm Sunday morning to a 120 mph (190 kph) hurricane around midday Monday, and continuing to gain power throughout the day.

It is the eighth Atlantic storm this season to hit the meteorologists’ definition for rapid intensification — a gain of 35 mph (56 kph) in wind speed in just 24 hours. It’s also the fifth to reach major hurricane status. Over the past couple of decades, meteorologists have been increasingly worried about storms that just blow up in strength.

Eta is the 28th named Atlantic storm this season, tying the 2005 record for named storms. It’s the first time the Greek letter Eta has been used as a storm name because after the 2005 season ended, meteorologists went back and determined a storm that should have been named wasn’t.

Hurricane season still has a month to go, ending Nov. 30. In 2005, Zeta formed toward the end of December. 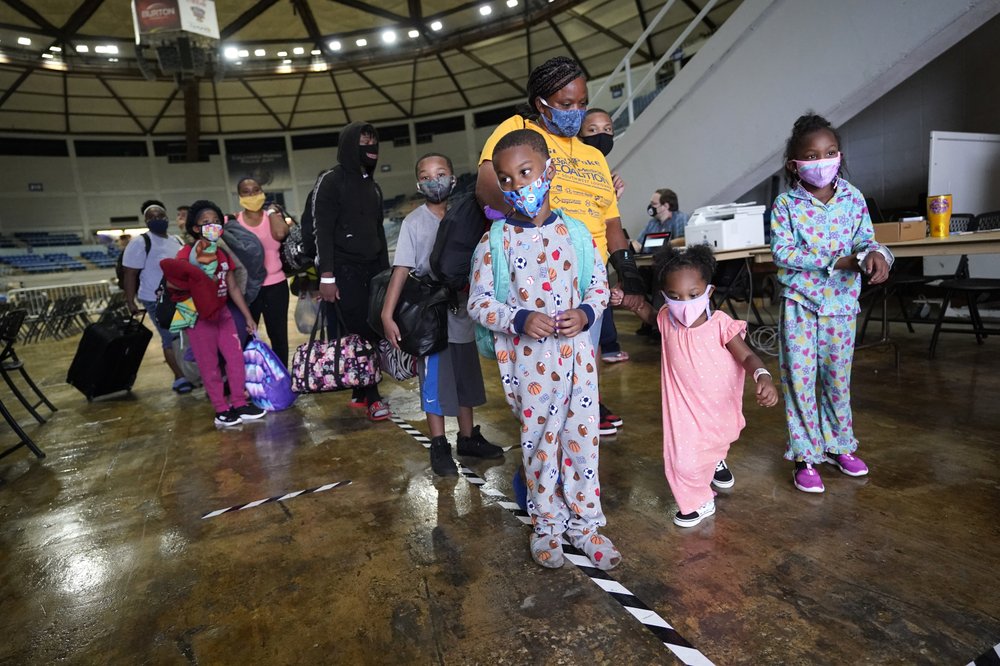