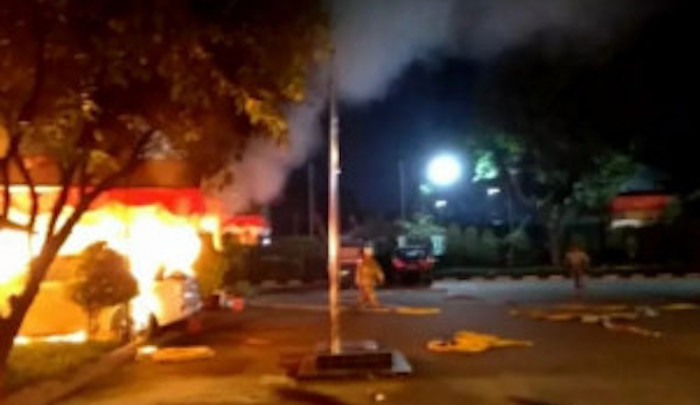 Police in the Muslim-majority archipelago of Indonesia were searching for suspected terrorists Saturday after the throats of three Christians were slit, another was beheaded and a Salvation Army post and Christians’ homes were burned down on the island of Sulawesi, according to reports.

About 10 people from a “terrorist” group carried out the killing on Friday morning in a hilly, remote village near the region of Sigi in Central Sulawesi province, Reuters reported, based on what national police spokesman Awi Setiyono said in a television interview.

The suspected terrorists also set fire to a church and burned down the homes of six churchgoers after they attacked the Lewonu Lembantongoa Service Post of the Salvation Army, the U.S.-based persecution watchdog International Christian Concern reported.

ICC said they saw a video showing a charred victim being pulled from a pile of ruins, with smoke still rising in the background. “The fowler position of the body suggests the agony and pain endured by the victim before death.”

“ICC mourns the death of the Indonesian brothers and sisters who were brutally murdered by the alleged terrorist,” Gina Goh, ICC’s Regional Manager for Southeast Asia, said. “We urge the Indonesian government to take necessary measures to hold him accountable and put him to justice. Such senseless act cannot be tolerated in the country that boasts ‘Pancasila,’ the state ideology which promotes religious harmony and tolerance.”