Justice Elana Kagan has ordered California Gov. Gavin Newsom to respond to an emergency petition filed by Harvest Rock Church and Harvest International Ministry for an injunction pending appeal in their federal lawsuit against Newsom’s unconstitutional orders. Gov. Newsom must respond by 4:00 PM this Saturday.

Harvest Rock Church has multiple campuses in California, including in Pasadena, Los Angeles, Irvine and Corona. Harvest International Ministries has 162 member churches throughout the state. Harvest Rock Church has received letters from the Pasadena Code Enforcement and City Prosecutor threatening up to 1 year in prison, daily criminal charges and $1,000 fines against the pastors, church, governing board, staff, and parishioners, which includes a threat to close the church.

Pastor Che Ahn is the senior pastor of Harvest Rock Church and founder of Harvest International Ministry, which has 65,000 church and religious organization affiliates around the world.

The discrimination has become more obvious and severe in Gov. Newsom’s new “Blueprint” issued on August 28, 2020, which established a system of four Tiers. The “Blueprint” discriminates against religious meetings in churches and places of worship in every Tier. The chart attached to the petition makes this discrimination very clear.

Harvest Rock Church and Harvest International Ministry have churches in Tier 1, where the governor’s orders prohibit ALL indoor worship services, including home Bible studies with anyone who does not live in the home. From the first stay-at-home order in March to the present, Governor Newsom has allowed feeding, sheltering, and nonreligious counseling with an unlimited number of people in the same church building, but religious gatherings are either banned or severely restricted. In Tiers 2 and 3, churches can have no more than 100 and 200 people respectively no matter the size of the building, but gyms, fitness centers, museums, family entertainment centers, retail, shopping malls, big box centers, warehouses, destination centers, swap meets, and more have no numerical maximum cap on the number of people that can congregate in the building.

Liberty Counsel Founder and Chairman Mat Staver said, “Each day Pastor Che Ahn, the staff, and parishioners face the threat of criminal charges for attending church. This should never happen in America. We have requested the Supreme Court to grant emergency relief from Governor Newsom’s unconstitutional orders until the full court of appeals can hear the case. The recent ‘Blueprint’ issued by Gov. Gavin Newsom reveals a clear discrimination against religious gatherings. California cannot give preferential treatment to nonreligious meetings over religious meetings. The virus does not discriminate between nonreligious and religious meetings, but Gov. Newsom does. This discrimination violates the First Amendment.” 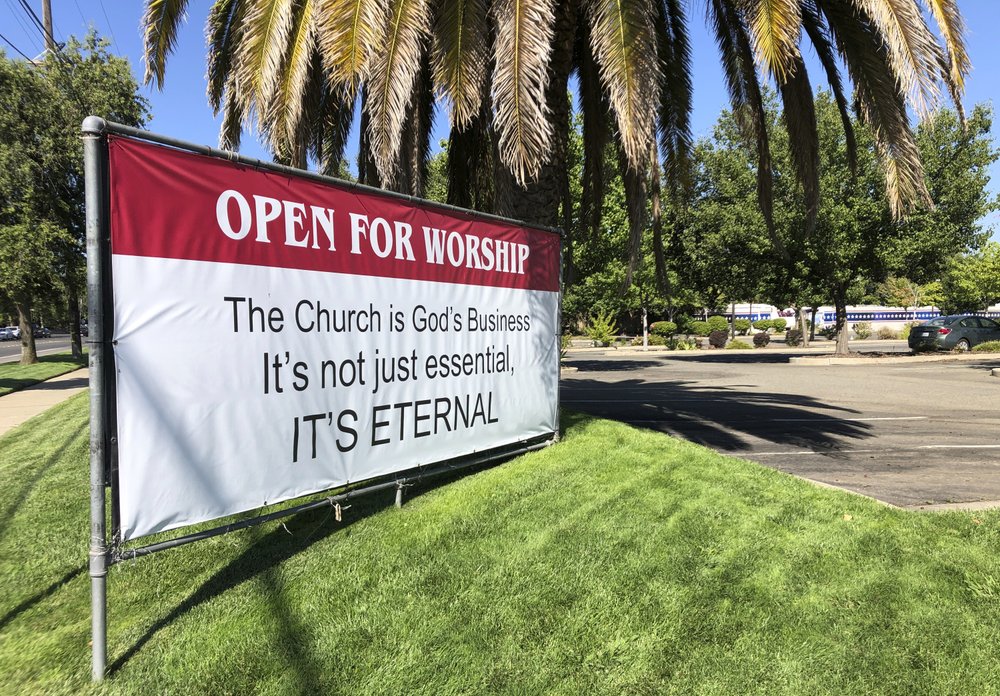