Online worship during the COVID-19 pandemic has helped prepare Victor Glover for a long-awaited work trip.

Where Glover is going — 250 miles above Earth to the International Space Station — there is no physical church building.

“I actually sent up communion cups and a Bible, and we have really good internet connectivity,” said the NASA astronaut, one of four crew members for the SpaceX Crew Dragon’s first operational flight, set to launch this weekend.

“So honestly, I will probably continue in what we’ve been doing: virtual service, virtual giving, reading my Bible and praying,” added Glover, the pilot for a team that also includes NASA’s Michael Hopkins and Shannon Walker and Japanese astronaut Soichi Noguchi.

Glover, a Church of Christ member in the Houston area, discussed his faith with The Christian Chronicle while making preparations for a six-month mission to the space station.

Glover’s first trip into space will give him a view of the heavens and the earth — which Genesis 1:1 says God created in the beginning — that few in history have experienced.

What might be going through his mind as the spacecraft soars high above the clouds?

“I have a job to do. Sometimes that gets lost in the emotion of it,” Glover replied. “I’m looking forward to looking out the window and taking the pictures and taking in the moment.”

But most importantly, he said, he must focus on his job and Crew-1’s safety.

Once at the space station — a world-class lab orbiting Earth — the astronauts’ activities will include scientific experiments, robotic operations and space walks.

“I want to use the abilities that God has given me to do my job well and support my crewmates and mission and NASA,” he said. “That’s really the thing I think the most about.”

“It’s really special today because we flew an airplane in here, but the plan is for us leave on top of a rocket.” – @VicGlover of @NASA_Astronauts anticipates the Nov. 14 liftoff from @NASAKennedy of the NASA @SpaceX Crew-1 mission. pic.twitter.com/H2bUXWY68f

‘Do not be anxious’

Before joining NASA in 2013, the 44-year-old Navy commander flew combat missions in Iraq and served as a legislative fellow to the late U.S. Sen. John McCain, himself an acclaimed naval aviator.

“Just in general, before I go and even get in an airplane to go on a flight, I say a prayer, and I always think about my family,” Glover said. “If I don’t see them directly for some reason, I’ll send them a note, a text message, because I do a very high-risk thing.

“I’m not in combat anymore being shot at, but there’s still a risk,” he explained. “So I always want to make sure that, ‘Hey, if today is my day, I’ve told my family, I’ve told my girls that I love them, and I had a chance to commune with God directly.’ And then I go and do what I need to do and feel good about it.”

That said, he allowed for a bit of awe: “It’s going to be interesting to walk up to a rocket that’s really active and ready to go and has all those noises and sounds and know that I’m going to ride that to 400 kilometers up and then live there for half a year.”

For Dionna Glover, the approaching launch date brings a mix of emotions.

“Of course I’m excited, but it’s also a little scary,” she said, seated beside her husband in a Zoom interview. “I’m nervous. I’m excited for him. I have Scriptures that I’m reading regularly to try to remind myself not to worry and not to stress.”

Among those Scriptures is Philippians 4:6: “Do not be anxious about anything, but in every situation, by prayer and petition, with thanksgiving, present your requests to God.”

Still, she acknowledged with a laugh, “I may be a basket case here once he leaves the planet. I’m praying that I won’t be.” 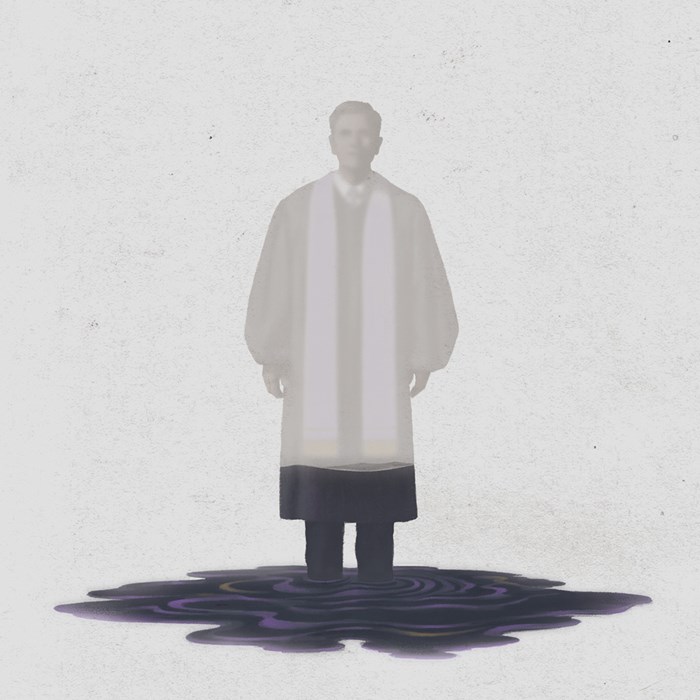 There’s a Devil Loose: America Has Tens of Thousands of Empty Preachers in the Pulpit Who Want to Quit. What Has That Done to...