To commemorate the 400th anniversary of the signing and ahead of the Thanksgiving holiday—first celebrated by the Pilgrims—Museum of the Bible has placed a 410-year-old English indenture (bill of sale) for the Mayflower on display.

On Nov. 11, 1620, off the coast of modern-day Massachusetts, a small group of Puritans and merchant adventurers signed the Mayflower Compact. They had just completed a long journey to this “new world,” which they endured for a number of reasons, including greater liberty to live and worship according to their beliefs.

Standing on the deck of the ship, these early colonists crafted a document that, in just under 200 words, envisioned a community where the citizens themselves would form a “body politick” to decide their own laws “thought most meet and convenient for the general Good of the Colony.”

Many years later, the idea that citizens themselves should determine their own laws, select their own leaders and worship according to their own conscience would profoundly influence America’s founders as they drafted the Declaration of Independence and the Constitution.

“The Pilgrims were remarkable in some ways, but also very ordinary in others,” said Dr. Anthony Schmidt, senior curator at Museum of the Bible. “They overcame significant obstacles in their quest for greater freedom and opportunity. They possessed many of the same hopes that we do today, but also many of the same fears and prejudices.”

The indenture is a legal agreement (bill of sale) between Peter Hills and his nephew, Robert Bell, of Redriffe, England. In 1610, Hills sold his share in 13 merchant ships to Bell, including “The Mayflowere.”

Bell lived near Christopher Jones Jr., a known shipmaster and part owner of the Mayflower. Robert Bell also used Jones’ Mayflower to ship French wine to England the year before the Pilgrims set sail to America. Later, Jones became the captain of the ship for the Pilgrims’ voyage to the New World.

The “Mayflowere” listed in the indenture is likely the Mayflower that brought the Pilgrims to New England in 1620.

On display next to this indenture is a 1560 first edition of the Geneva Bible. This translation was formative for the Puritans. Its words helped shape their understanding of religious faith and practice, as well as government authority.

The name “pilgrim” is taken from the Geneva Bible translation of Hebrews 11:13: “these … confessed that they were strangers and pilgrims on the earth.” An open copy of a Geneva Bible is the central element in Robert Weir’s painting, “Embarktion of the Pilgrims,” which hangs in the U.S. Capitol Rotunda. The painting depicts the Pilgrims leaving Delfs Haven, Holland, at the beginning of their voyage. The phrase “God with us” is written on one of the ship’s sails.

William Bradford, a Puritan who would eventually become the second governor of the Plymouth Colony, wrote in his journal, “As one small candle may light a thousand, so the light here kindled hath shone unto many, yea in some sort to our whole nation.”

SOURCE: Museum of the Bible 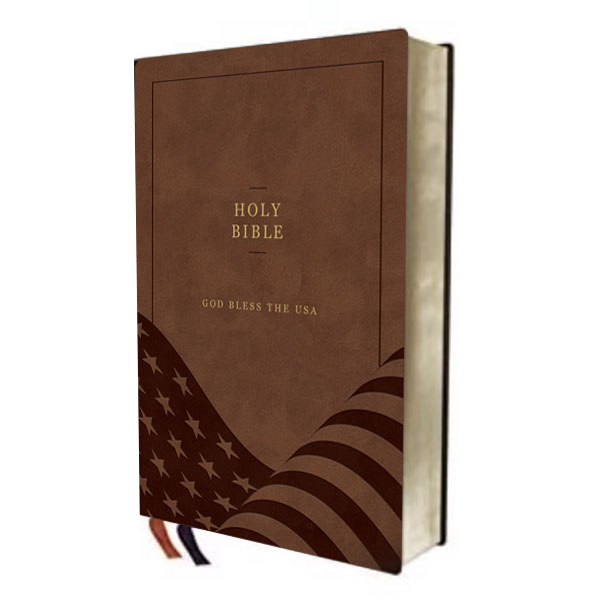 Jerry Newcombe on Is ‘In God We Trust’ Meaningless in Today’s Culture?

Michael Murphy on Truth Redefined: Who Determines Good and Evil?