Prominent women’s ministry leader Lysa TerKeurst is the first to admit she struggles with forgiveness.

“I’m actually quite resistant to forgiveness,” the popular Bible teacher who leads Proverbs 31 Ministries admitted in an interview with The Christian Post. “I found myself stuck in feeling like some of the unchangeable things in my life were unforgivable. Unchangeable can feel so unforgivable because someone’s done something in your life, and they can’t fix it, they can’t make it go back to the way that it was.

“And that unchangeable nature can feel so unforgivable because even if the person was willing to make it right, they can’t make it right. And that hopelessness can really lead you to some deep, dark places.”

It wasn’t until she acknowledged her pain that she was able to begin the journey of forgiveness — a revelation TerKeurst said was both life-changing and empowering. She wrote out her grievances on note cards, fully acknowledged what had happened, and said aloud, “I deserve to stop suffering because of what’s been done to me.”

“Something in me shifted when I started with my pain,” she shared. “I realized, forgiveness is not this unfair gift that I have to give to the person who hurt me. Forgiveness is the decision that I get to make. It’s a step toward my healing. So ultimately, it’s God’s gift to me so that I can heal.”

The mother-of-five shares her personal journey of acknowledging her pain and walking through biblical forgiveness in her new book, Forgiving What You Can’t Forget. The book is a follow-up to her bestselling 2018 title, It’s Not Supposed to Be This Way.

“This is for those who are struggling with unresolved pain and can’t see a way forward,” she said. “To some extent, we think that resentment or that residual anger in some weird way protects us from getting hurt again.”

“But it’s not real protection. It’s like fake protection because eventually, it turns us into someone we don’t want to be. It brings out the worst of us, an unhealed version of us. When an untended hurt sits in the human heart too long, it has such a tendency to turn into versions of hate. It’s so important that we give people this understanding that you don’t have to be stuck in your pain.”

TerKeurst knows firsthand the sting of betrayal, public pain, and heartbreak. In 2016, her world was shattered when her husband of 25 years, Art, had an affair and revealed his struggle with addiction.

Initially, the popular speaker and author announced the couple would be divorcing due to “the worst kind of betrayal.” It was, she previously told CP, an “excruciatingly painful” time in her life. But after working to restore their marriage, the TerKeursts renewed their vows in a ceremony attended by friends and family. 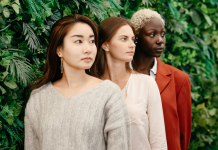