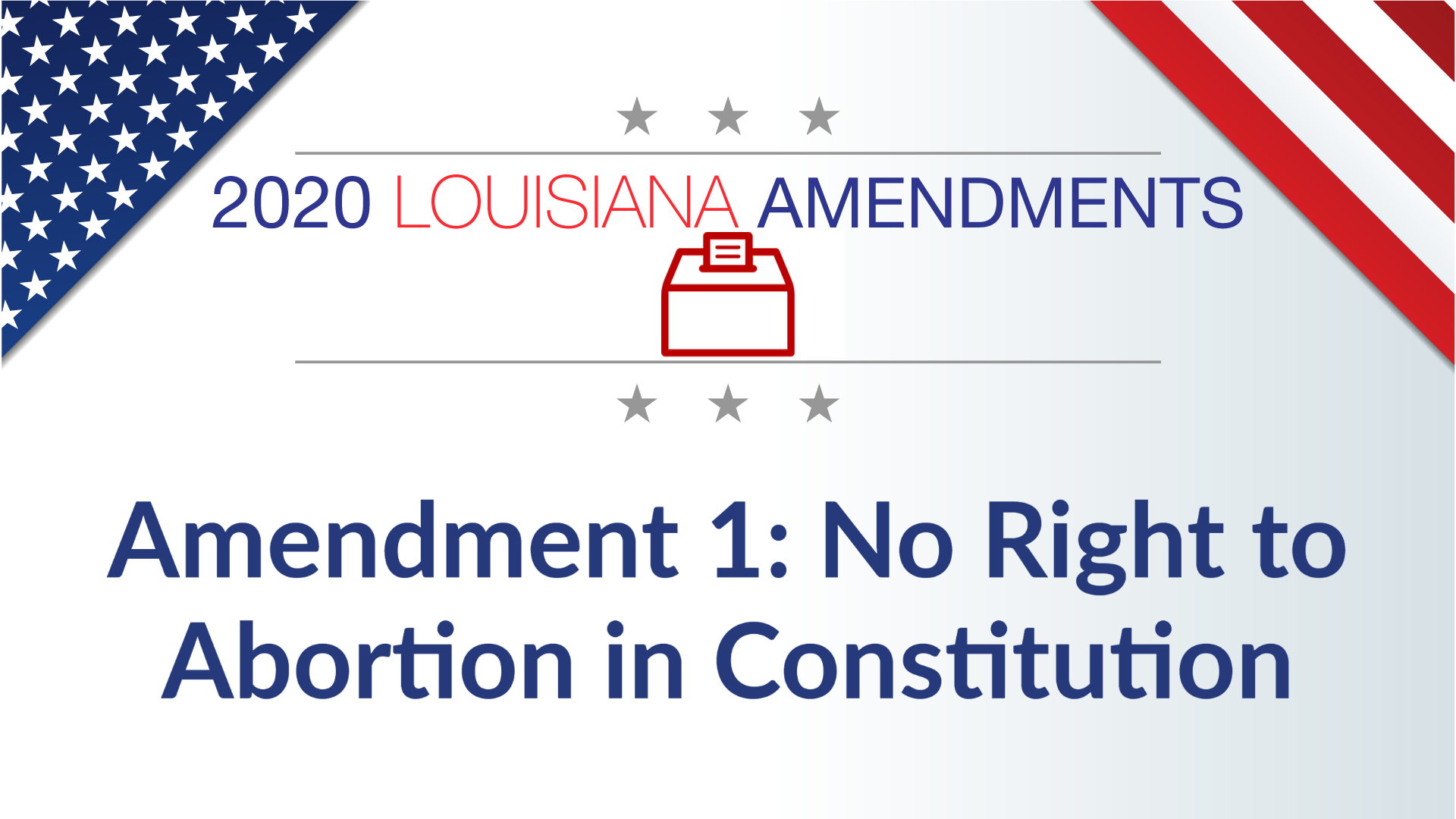 Voters in Louisiana have approved an amendment to their state constitution that rejects the notion that abortion is a constitutionally protected right.

Louisiana Amendment 1, also called the No Right to Abortion in Constitution Amendment, passed on Tuesday with 62% of the vote, as over 1.27 million voters supporting the measure.

The amendment will add a statement to the state constitution that says “nothing in this constitution shall be construed to secure or protect a right to abortion or require the funding of abortion.”

“Thank you Louisiana for showing your overwhelming love for life by voting YES on Amendment #1,” the pro-life group Louisiana Right to Life said on Twitter.

State Sen. Katrina Jackson, a pro-life Democratic lawmaker and champion of the constitutional amendment, also celebrated the result of the referendum on Twitter.

The Louisiana Coalition for Reproductive Freedom, which opposed the amendment, released a statement Tuesday calling the results “a setback for anyone who believes in personal freedoms.”