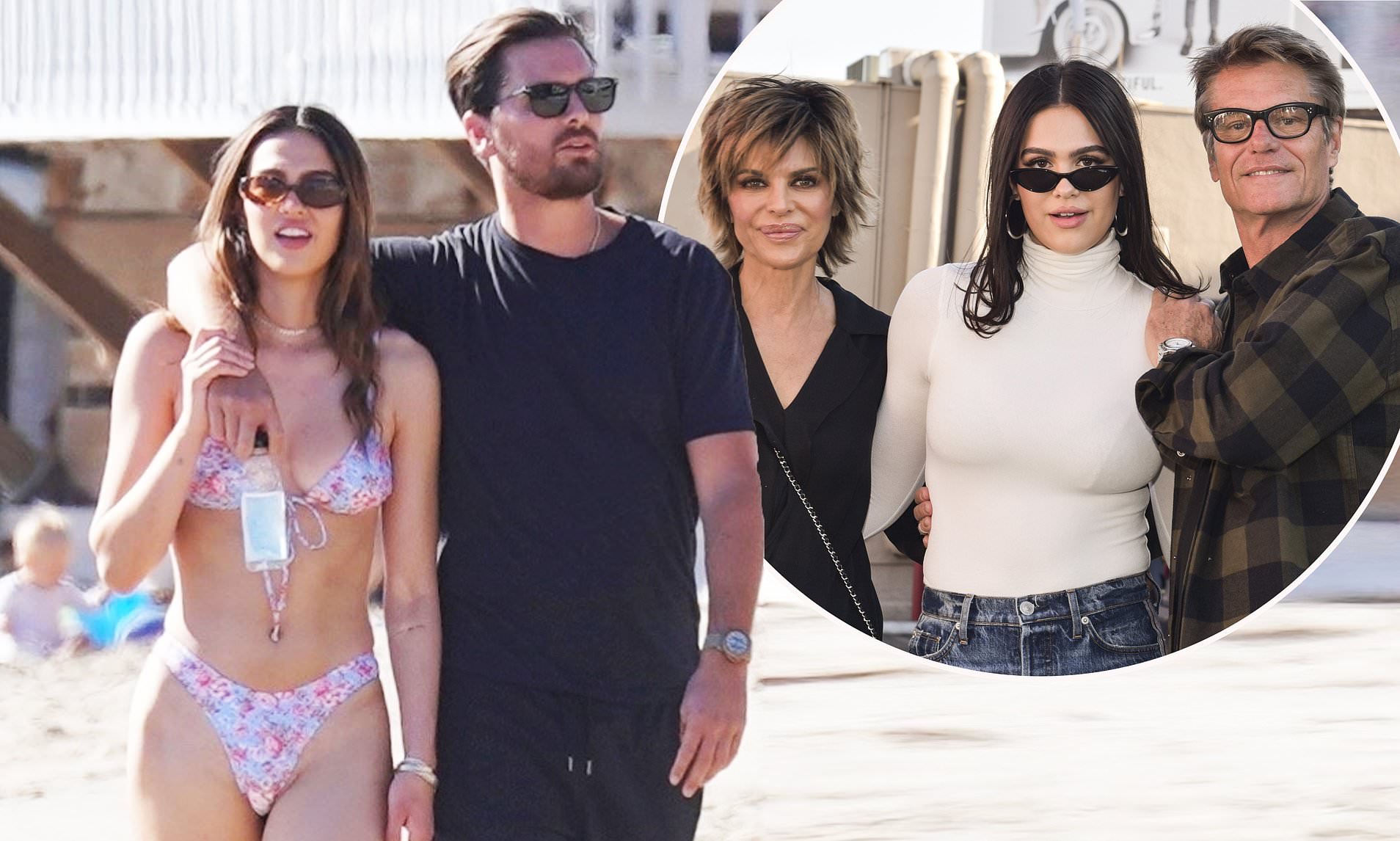 Lisa Rinna and her husband Harry Hamlin are reportedly ‘worried’ about their daughter Amelia’s new romance with Scott Disick, because he has ‘baggage’.

At the start of the week, model Amelia, 19, was seen putting on an affectionate display with Scott, 37, during a romantic stroll on a beach in Malibu, California.

And according to The Sun, the potential of their teen daughter embarking on a romance with the father-of-three has become a cause for concern.

A source told the publication: ‘Lisa isn’t going to acknowledge this publicly for now because she’s still trying to wrap her head around it and thinks this is a phase.

‘But when she does speak about it she’ll keep her cool but really, she’s worried… That’s her youngest kid.

‘She really does like Scott but both her and Harry don’t want someone that age with so much baggage to be with their baby girl, especially given Amelia’s own mental health issues.’

MailOnline has contacted representatives for Lisa, Harry and Amelia for comment.

The claims come just days after it was reported that Lisa and Harry are hoping their daughter’s fledgling romance is ‘just a phase’ according to E! News sources.

Reality TV star Lisa and her actor husband are said to have preferred daughter Amelia’s ex Mercer Wiederhorn over Disick, claimed one source.

‘Harry and Lisa were sad to see Amelia and Mercer split because they loved Mercer,’ a source shared with E!. ‘He was like family, but they understand.’

Scott has been seen stepping out with Amelia just two months after his split from Sofia Richie, 22, following a three-year relationship.

While Richie was 15-years younger than Disick, there is an 18-year age difference between Disick and Hamlin. Sofia was also 19 when they first started dating.

Over the two months since his split with Richie, Disick has also been seen out and about with other women.

He was spotted on dates with models Bella Banos and Megan Blake Irwin, while also spotted hanging out with his ex Kourtney Kardashian, 41.

Kourtney and Scott, who ended their decade long romance in 2015, have three children together, sons Mason, 10, and Reign, five, and daughter Penelope, eight.

Meanwhile, Scott and Amelia did little to quell chatter of a new romance as they also headed for an intimate dinner date in Malibu on Monday evening.

At the beach earlier in the day they appeared to confirm their romance as Scott walked with his arm around Amelia.

Their romantic beach outing on Monday came less than 24 hours after the pair enjoyed a dinner date at Tre Lune in Montecito, CA.

Taking to her Instagram Story, Amelia captured numerous snapshots of the dishes she and Scott enjoyed, including her decadent dessert.

‘My love,’ captioned Hamlin, which happened to be the same caption Scott used on a post that he uploaded to his own Instagram Story of his food.

The pair also swung by the swanky Italian joint on November 9, which they made sure to document on Instagram.

The dinner date was the second time in a week they were spotted together, after having attended Kendall Jenner’s Halloween-themed birthday party on October 31.

They were spotted arriving together to the celeb-filled bash, held at Harriet’s Rooftop at 1 Hotel in West Hollywood.

Disick was dressed up as the Jim Carrey comedic character Ace Ventura, while Hamlin opted for a pink bob wig, candy bra and short shorts with knee-high boots.

Jim Denison on What Would You Do if You Accidentally Received $1.2 Million?