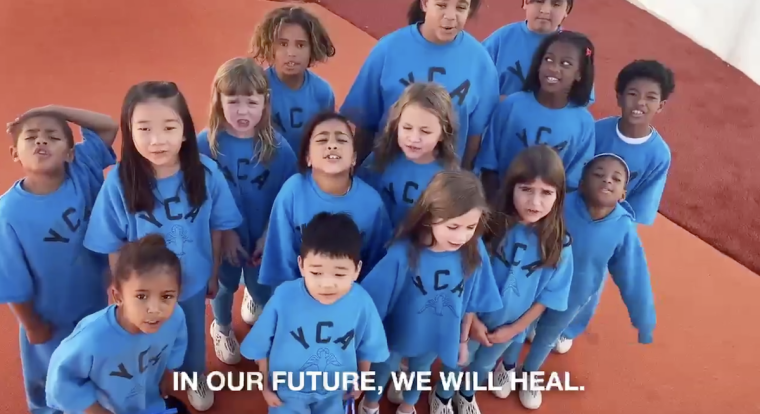 The hip-hop and fashion mogul released the school’s first promotional video days before the election featuring a group of children, including West’s 7-year-old daughter, North, and his 4-year-old son, Saint. Kourtney Kardashian’s children — Mason Disick, 10, and Penelope Disick, 8, were also featured in the video. The celebrity children were joined by other kids as they all sported blue outfits with the letters YCA on the front of their T-shirts.

In the video, the kids are heard saying the academy’s mantra: “Dear Future, I still believe in you.”

North and Saint West individually said, “Jesus loves everyone,” before being joined by everyone.

“Let’s lead with love! Our future is waiting on us!” the children concluded.

West first announced the launch of his school in September, sharing that the five “founding pillars” of the academy are “faith, music, communication, collaboration, and creativity.”

Serena Williams Announces Difficult Decision to ‘Evolve’ Away from Tennis