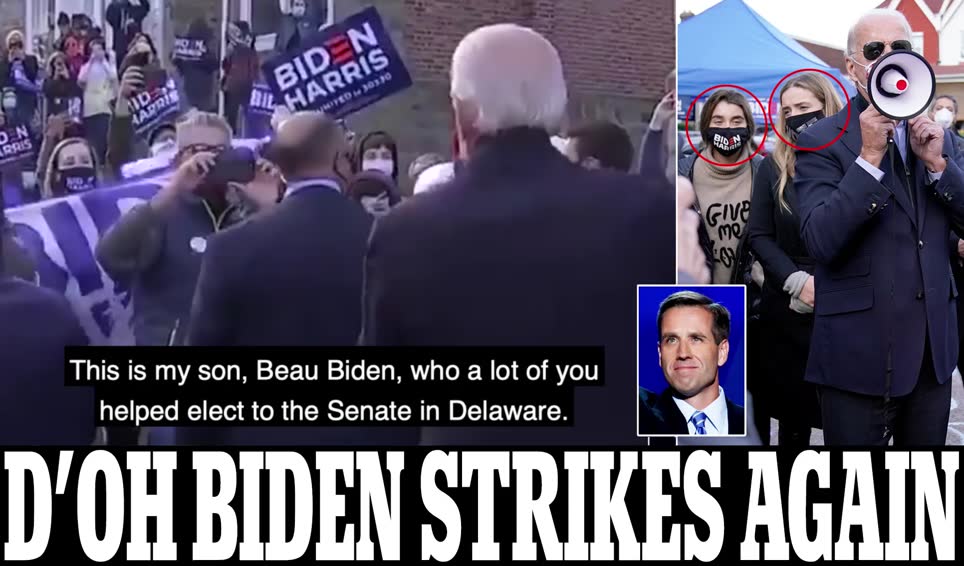 Joe Biden made an embarrassing gaffe during his final pit stop in Philadelphia on election day when he introduced his granddaughter Finnegan (circled on right behind Biden in the face mask with ‘vote’ emblazoned across it) as his late son Beau Biden (inset) to a crowd of supporters (left). ‘This is my son, Beau Biden, who a lot of you helped elect to the Senate in Delaware,’ he said as he put his arm around Finnegan. He then continued with the slip-up when he corrected himself only to call her by her cousin Natalie’s name and say she is Beau’s daughter. Finnegan is Biden’s son Hunter’s daughter. Natalie stood close by (circled on left wearing a beige jumper reading ‘Give me love’ and a ‘Biden Harris’ face mask). Biden then corrected himself again saying ‘wrong one’ before putting his arm around Natalie and finally introducing her correctly as Beau’s daughter. Biden was on his second stop on a tour of two cities in crucial swing state Pennsylvania Tuesday. He first headed to Scranton where he visited his childhood home and wrote a message on the wall reading: ‘From this house to the White House with the grace of God.’ Biden then left the home and was mobbed by a large crowd of supporters outside. He had started the day attending mass and visiting his late son Beau’s grave in Wilmington, Delaware. Both Biden and Trump are eyeing Pennsylvania as one of the key swing states that could win the election. 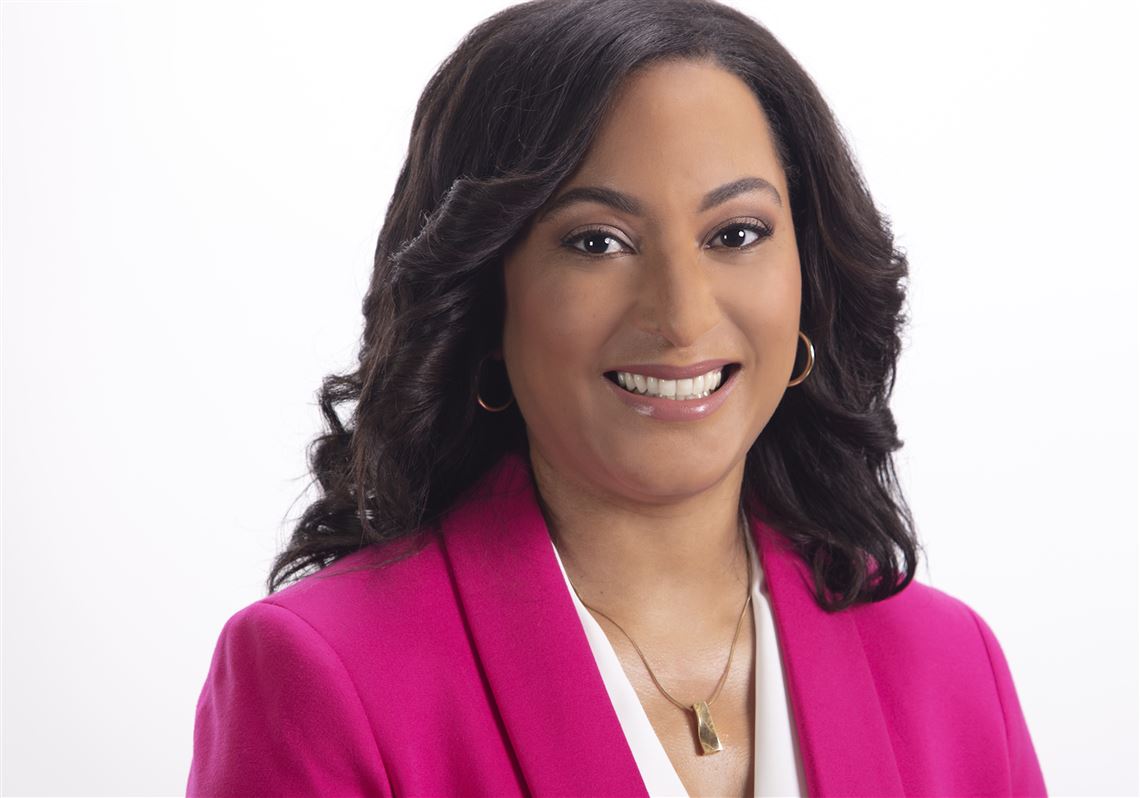